James Watt and some problems in innovation economy 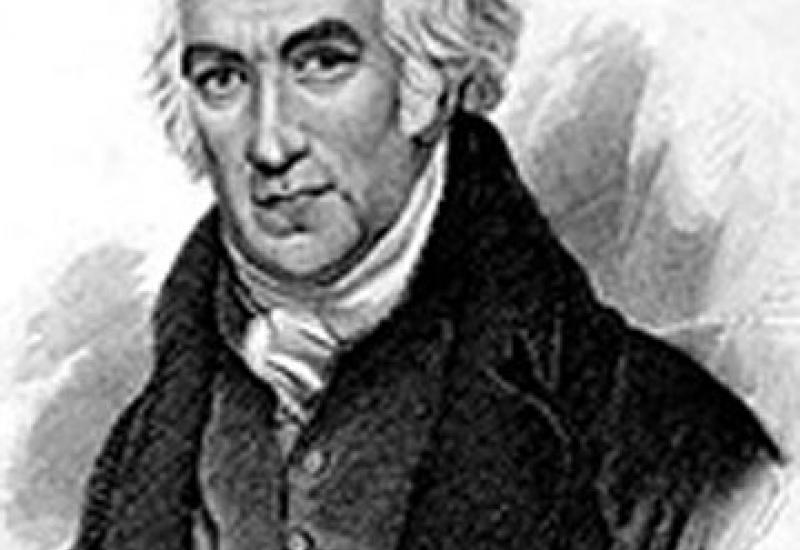 January 19, 2011, it turned out 275 years from the birth James Watt (1736-1819)- the English inventor which name is given to the power unit – watt. The steam engine, created by Watt, belongs to the most outstanding inventions in the history of humankind. This was one of those invention which gave birth to the industrial revolution in England in the second half of XVIII century.

The history of Watt’s invention is interesting because many things are joined in it: university science, business, protection of intellectual property – all those reasons which are so much read and speak about in the modern Ukraine.

His invention Watt made being the mechanic of the Glasgow University. This circumstance was of utmost importance as for the future of Watt as well as for the technology history. Besides, Watt met the well-known physicist and chemist Joseph Black, who in 1754 had discovered carbon dioxide, in 1754 – the so called latent heat of fusion and vaporization, and in 1760 had introduced the notion of heat capacity. Watt also made friends with many students who often asked the young mechanics for advice. And he, if did not know the answer to their questions, at once started to investigate the problem. Once, to read one of the first work, dedicated to the machines, he learned German. Another time in a similar situation he learned Italian.

In winter 1763-1764 Watt got an order to repair the model of Newcomen steam engine, which was owned by the Department of Natural Philosophy. At that time these kind of machines was used to pump out the water from mines. The principle of Newcomen machine was as follows: when in a cylinder filled with steam a cold water is injected, the steam condenses to form a vacuum, and the piston under the action of the atmospheric pressure is making the movement.

When Watt has repaired the model, it turned out that it required an injection of too much cold water. Having being interested in the phenomena, Watt begun research and found out that the bad work of model is due to a condensation of the fresh steam when it is injected in the cylinder. He had put some experiments to find out the liquid boiling temperature at different pressures, latent heat of vaporization, required steam volume. It worth be noted that during his experiments he asked advices from J.Black.

Watt found out that for the best steam use it is necessary the cylinder to have the same temperature as an injected steam. He proposed to make steam condensation in the separate freezer.

Watt had made several more improvements: proposed for piston seals use wax or oil, close the lid on top of the cylinder, through which passes the round rod, to stud cylinder by wood or other insulation.

In 1756 Watt built all the larger model of his machine and was convinced in his decisions, but to continue research works there was not enough money. Watt made an agreement with Black’s friend businessman Rebook. The last one obliged to finance the experiments with the machines and pay the expenses to get the patent. For this he will get two thirds of future profits. January 5, 1769, Watt had obtained for 14 years the patent to “A method to reduce steam consumption and consequently the fuel in the steam engines”.

In 1773 Rebook has bankrupted. His rights for the machine and future profits were bought by the owner of metalworking plant M.Bolton. Bolton made an agreement with Watt on the same conditions as Rebook: he pay off the expenses to make research works and to produce a steam machine, as well as commercial part of the business. Watt obliged to continue the experiments and building the machine.

But before the start of production Watt and Bolton asked the Parliament to continue the term of patent until 1800.

In 1774 Watt was settled in Birmingham and up to 1780 he built 40 machines. Half of them was installed at cooper mines in Cornwell. There Watt spent a lot of time: installed machines, started them, looked on the financial issues with mines owners.

At first the production gave no profits at all. It required continuous expenses, and mines owners did not paid for the patent in time. Lawsuits against the owners also required the costs. Only in the 1786-1787 the business has been improved, in particular, the cases against the owners of the mines on remuneration were won.

Watt constantly perfected his machine. To use the steam engine for propelling different kind of benches, it was necessary to transform the oscillatory movement of the balance to the continuous rotation of the shaft. To circumvent patent Picard on crank, Watt suggested planetary gear. Next Watt patented the double-acting machine, in which the steam pressed on the piston alternately on both sides. He also invented an automatic regulator - a centrifugal regulator connected to the throttle valve. Subsequently applied the mercury manometer to measure the pressure in the boiler, water-glass in boilers, mercury vacuum in the condenser. He made many other inventions.

Certainly, the person of inventor was central in the history of the steam engine. But to do such tremendous work for him will be impossible without the help of scientists, businessmen and later legislators.