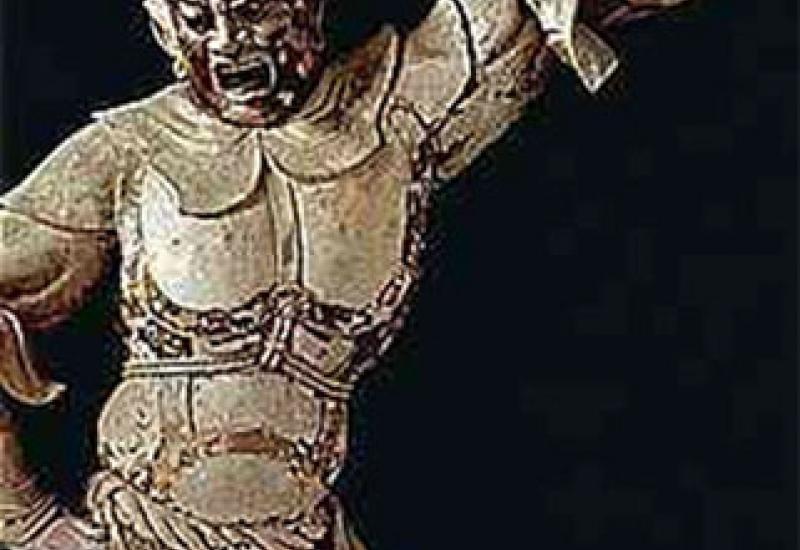 Human's life begins with breathing in, maintains by breathing and ends with exhalation. Regulating the breathing allows human to change his/her condition. Indian sage X-XI c. Horaksha claimed the breathing to be a fire which burns the consequences of the actions: inhalation gives strength, controls and clears the body, breathholding makes thoughts clear and gives a long life, and exhalation has cleaning functions. According to the Indian yoga, breathing exercises influence on life energy ( ci or chi - in Chinese, ki - in Korean and Japanese, thi - in Vietnamese). Among most people its activity is poor, the circulation is chaotic or blocked that causes diseases, which can be omitted by the breathing regulation. The objects of the regulation are the way of breathing: through the mouth or nose (preferable), through one nostril, by turns: through left or right etc; the phase (inhalation, exhalation, breathholding, and pause); type (upper, intermediate, lower); duration and intensity of phases, rhythm, tempo. Inhalation increases the cortex tone, exhalation reduces it.

The breathholding while breathing in stimulates the assimilation of oxygen in lungs, carbon dioxide removal, allows revealing the highest physical effort, contributes to rejuvenation, and sets mind clear. The breathholding while exhalation influences the blood circulation, raises the concentration of carbon dioxide in blood, body temperature, metabolism and perspiration, reduces heart rate and improves mental activity, intuition, digestion, functioning of endocrine glands and nervous system. Breathing with slow inhalation and fast, energetic exhalation activates vigil, processes of oxygen metabolism, and with low exhalation, slow and long inhalation and short breathholding while exhalation - lowers the tone of central nervous system, arterial pressure and heart rate. Often deep breathing changes brain biological action, and with the minimal brain failure lead to changes of consciousness and convulsions. The full, deep exhalation provides the best muscle relaxation. Short, fast breathing irritates nerve endings in nasal tracts, clean them and respiratory system, promote lungs aeration and toxin removal, tone up nervous and respiratory system, increase blood circulation, raise body temperature and perspiration, ability to concentrate, blood supply of a brain, relax bronchus spasms. Nasal breathing technique, breathholding, forced prolonged inhalation with resistance (by portions through a little foramen of compressed lips) and active tension of abdominal muscles in the end of exhalation promotes the calming down, lungs ventilation, tone up breathing muscles, is used in logaoedics, phoniatrics etc. Long (2-3 hours) intensive breathing through mouth (fast and deep inhalation and exhalation) in variable rhythm, which is set by audio-leader is used in rebirthing exercises introduced by S. Hrof and promotes psychosomatic correction by reproduction of trance state, removes psycho-emotional stress and their consequences such as depression etc. Reduction of the breathing rate to 3-4 breathing cycles per minute and intensity so that air vibration wasn't detected with a feather taken to the nostrils, promotes the concentration in Zen practice. In ancient and contemporary health-improving trainings (Mantek Chia's, Nishi's, Norbekov's) and martial arts exist exercises for the regulation of fictitious breathing (with skin, organs etc.) and use of resonance influence of action of voice sound waves on internal organs and bioenergetic system, which are described in legends. Singing of Sirens charmed the seamen, singing Orpheus charmed ancient Greek gods, people, powers of nature, singing of Caucasian priest healed the injuries, singing of Irish - raised morale. Whistle of Nightingale the Robber harmed creatures and things. Voice sounds of Celtic Ogmios made people happy. Repeated explicit or imaginary articulation of a sound-combination "Om" in ancient Indian exercises furthered normalization of all the functions of organism and transcendence of consciousness, and technique of exhalation trough the mouth with the voice "C" and "Ci" with the help of restricting tube of a tongue twisted along or across, with a short breathholding and exhalation through the both nostrils, sparing from the thirst, cooling the body and relaxing the eye muscles. Articulation of specific vowels is used in oriental health-improving trainings for the regulation of the functioning of the corresponding organs and organism systems, and loud screaming while exhalation for the intensification of the kick in martial arts. by Tverdohlib О.F, Candidate of Pedagogic Science, Associated professor of the sub-department of Physical training of Intercollegiate College of Medical Engineering, Olena Fedorivna Tverdohlib – Master of Sports Candidate in figure skating, mastered programs of the 1st and 2nd level in the class of Angela Farmer and Victor van Kuten (International Centre of Yoga), Yan Qigong on the class of Chen Van Pen (International institute of Wu Shu, Qigong and unconventional medicine), Zun Yuan Qigong in the class of a professor of Beijing institute of research of specific skills of a human under the Academy of Science of China Cui Mintan, course "Yoga-23" of A. Siderskoho - the world leading specialist in psychotropic training technologies of yoga, course of dr. Hitendre Das (India) “Optimization of yoga practice” etc “Tverdohlib О.F teaches physical training on the educational department of shaping of ICME. She uses complexes of breathing exercises in her course.”