This terrible phenomenon drug addiction. 26 June is an International Day against drug abuse 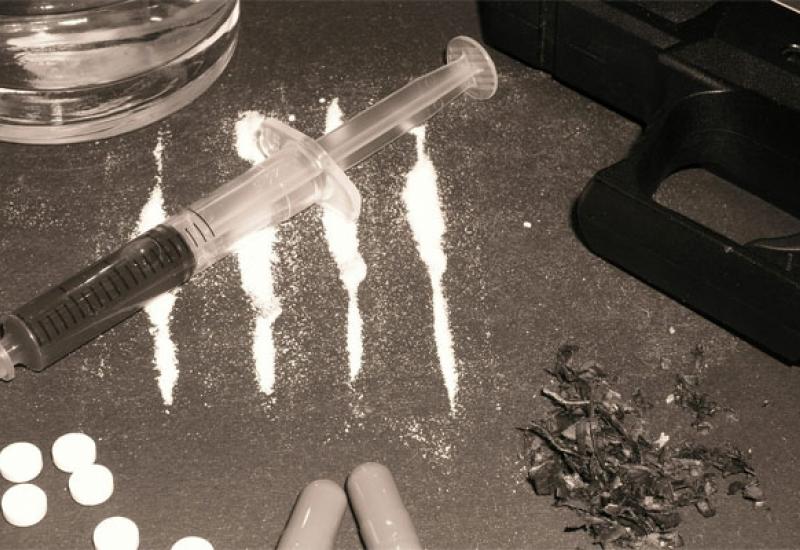 Addiction! How many deaths lay behind this word, how much pain, how many broken lives? A lot! I do not know how many lives will be more spoilt by drugs!

The history drugs is as old as the humanity! The drugs were known and were used a long time ago! America was suffering from a wave of drugs! Addiction seized black market in 20th of the last century! In 80th, the new fun together with all Western values was opened up to our youth, spreading in the basements  and dark streets. It has become so popular that the police failed to control the flow of of drugs in our country, and the death affected the youth! After all, the bulk of drug users are teenagers who are psychologically much weaker than adults.

And sometimes “the closest friends” offer to try drugs! After the injection you quickly get fun for some time but instead of this you give your life! What is more important not to lose the respect of the “friends”, or lose life? It is so stupid to change health, freedom and future for this?… Most teenagers who try drugs do not suspect, in that it can work against them in the nearest future! They are encouraged by the words of “friends”, try and then repeatedly regret this moment and pray to God for death during the withdrawal symptoms! Typically, drug addicts, while aware that they are sick, try to rehabilitate, but unfortunately, most of them return to drugs, only slightly extending the life that is not the joy nor for them nor for the family!

Before you try a drug, it is worth considering whether you need a bunch of diseases transmitted through a needle? What do you doom yourself, your family, your future children to? A bunch of father’s money spent on drugs? Fear that you will feel when death will stand beside you, helplessly watching as your body dies, and you can nothing do about it! Why do you need tears of your mother on your grave and the grief of your father?

Experts estimate that now there are about 200 million addicts. Sometimes they say the number several times greater. Today in our cities 60% of boys and 20% of girls at the age 15-17 are involved in drugs. At this age they need to gain knowledge and life experience to become the foundation of society and to take responsibility for the fate of the country tomorrow, but the things don’t go so smoothly…. Their problem is where to get money for another dose! Who will stop it? We must do it all together!

A person was always looking for ways of having fun, relieve suffering or otherwise escape from the hard reality using various intoxicating substances. All variety of drugs has been presented for a long time and our time of high technology did not bring anything fundamentally new to this phenomenon.

Thus, in the countries of Indochina there were traditions of cannabis leaves consumption; South American Indians chewed coca leaves; in Southeast Asia was widespread use of a variety of opiates (opium-raw, hashish and some others).

Such non-pharmacological drug use was limited and mainly explained by national and religious traditions. But then people began to understand the global threat to humanity of the addiction. At the beginning of the last century it was decided to give an international organization League of Nations control over international cooperation in the fight against the spread of drugs and then two international legal instruments were created:

However, the question of legal prosecution of people who were involved in illegal producing and distributing drugs regulated by national, domestic law of each country.

At the same time, drug dealers started creating criminal organizations. Annual profits from drugs were more than hundreds of billions of dollars. Due to this a need for international criminal activities liability for crimes related to drugs appeared. Geneva Convention on banning the illicit trade in narcotics starting from 26.06.1936. included the possibility of giving a criminal drug dealer to a foreign country for prosecution.

The third phase of international cooperation in overcoming drug abuse began with the creation of the United Nations.

Drug abuse (from the Greek. Narke - stupor and mania) - a disease characterized by an irresistible attraction to the drug that causes euphoria in small doses, large - stunning, narcotic sleep. Systematic consumption of drugs usually causes a need to increase the dose. During the addiction the internal organs are affected, neurological and psychiatric disorders appear, a social degradation develops.

In other words it is a state of periodic or chronic intoxication with natural or synthetic drugs, characterized by addiction to the substance, as well as mental and physical dependence on the effects of this substance.

The differences of substance abuse and addiction lie in the things consumed. Abuse of other substances that cause addiction and painful passion, but not classified as drugs and not taken as such under control should be considered as substance abuse.

The list of drugs taken under control is given in the Single Convention on drugs of 1961.

The legal concept of drug addiction is significantly different from the medical, a disease is not a social danger up here but  related negative social phenomena to it.

The drugs according to their effects on the human body can be divided into two groups: excitable and depressive.

It should be kept in mind that every drug has a large variety of hidden properties that have different effects on the human nervous system.

There are drugs that in limited doses, calm and have an analgesic effect (called depressions), and there are others that have a stimulating effect (called excitables). Something can be distinguished separately hallucinogenic agents that cause ecstasy and riot, nightmares or painful feelings of anxiety.

To understand the danger that brings an explosion of a drug recall it is enough to take millionth of a gram of LSD per kilogram of body weight to heel confessed hallucinogenic effect.

The addiction to the drugs is characterized by three facts:

The so-called syndrome of addiction is a result of taking drugs, whether it happens accidentally or after regular use. There are such stages of this process, which takes place slowly or more rapidly:

In most countries involved in the fight against drugs, only a small part of the product is under control, i. e. only drugs included in the list of banned drugs. The danger of drug addiction increases as the factories and laboratories are  creating more new types of synthetic drugs, more powerful and more harmful.

Despite the destruction program poppy crops in South-West and South-East Asia, these regions continue to be on leading positions. The total quantity of  opium produced is thousands of tons.

The production of Afghan poppy cultivation in South-West Asia is significantly increased. This area where the boarders of Afghanistan, Pakistan and Iran meet, also known as the “Golden Crescent”. In Southeast Asia the area “Golden Triangle” (Laos, Maunmar, Thailand) remains an active producer of drugs. The biggest manufacturers of opium Mexico and Colombia. Their annual production drugs is more than 100 tons.

The vast majority of students told that they can easily get drugs at a disco, in the bar, from the street drug dealers. The drug is widely available and quite widespread among different people groups and especially youth.

Negative phenomena caused by drug use bring great danger for humanity. Drug use, especially negative impact on human health, promotes physical and mental illness, and this is one reason of increasing mortality.

The relation between addiction and crime is also evident in the committing acts related to illegal drug operations (production, storage, sales, purchasing).

Drug addiction is a terrible disease of the modern world. There is high mortality among drug users, besides drug addition,is difficult to get rid of.

It has been told a lot about the danger of drug use. However, scientists’ and doctors’ concerns caused by the spread of drug addiction are growing and spreading is growing because, there is still a significant number of people, and especially young people who are not aware of the harmful effects of drug abuse.

Drug use is not a sinless activity that can be easily quit. This is really a plague, and it is dangerous because many people will not take it seriously.

If drinking at an early stage is the result of wrong raising, promiscuity, the addiction from the very beginning is a serious disease that requires special treatment. Great efforts are needed to treat and rehabilitate the drug addict. There is nothing more frustrating than to have a drug addict in a family that makes suffer not only himself but also his family.

Based on the universal significance of the phenomenon of drug addiction, in 1987 the UN General Assembly decided on June 26 every year to mark the International Day against Drug Abuse and Illicit proliferation.

Noting that day, Ukrainian public organization “Association for Protection of society from drug addiction” calls all citizens, all social, political and government leaders to unite their efforts within the movement “Ukraine against addiction” to protect the national wealth our youth from drugs exposure.

President of the Association protecting society from drug abuse, Member of the National Council to combat drug abuse in the Cabinet of Ukraine, Major-General O.K.Sharkov