Be careful and cautious of AIDS 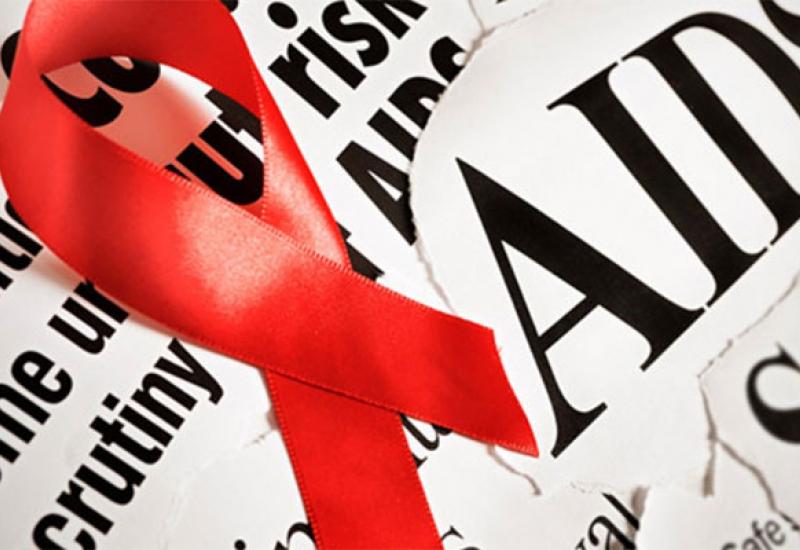 Ukraine remains in the category of countries with concentrated HIV epidemic, aggregated within separate groups at high risk of HIV infection. Now epidemic situation with HIV infection is again characterized by the growth of the number of registered HIV cases in the majority of regions of Ukraine.

Decrease of the absolute number of PWID among first registered HIV cases is observed for the last 4 years from 7105 cases in 2009 to 5933 cases in 2013. In the structure of HIV transmission modes the sexual transmission share among the persons diagnosed with HIV first in the lifetime as of the end of 2013 was 54.2%.

The catastrophic prospects that await us in the near future can be avoided only when each person consider this problem as extremely serious one. Your knowledge can protect you. Learn about HIV/AIDS more. 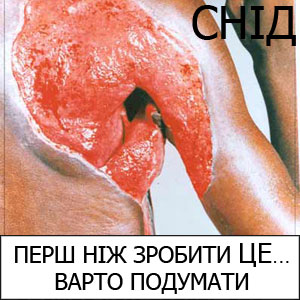 HIV is the human immunodeficiency virus that develops and multiplies inside the body and leads to complete loss of the body's defence abilities and the development of AIDS.

AIDS is Acquired Immune Deficiency Syndrome. This disease is caused by a virus. Viruses are the causative agents of many diseases, such as influenza, herpes, and even some types of cancer. Virus must get inside the living cell in order to grow and spread. In the case of HIV it is human immune cells.

First cases of AIDS were diagnosed in 1981 in the U.S. After two years an overall picture of the disease was presented, as well as its causative agent - the human immunodeficiency virus (HIV). There have been developed some methods that allow to detect this virus in a human body, and the mechanism of the negative impact of the virus on a human body. Officially HIV was distinguished and identified in 1983 by French scientists led by Montenye at the Pasteur Institute in Paris (in collaboration with scientists from the U.S. National Institutes of Health led by Robert Gallo). The term AIDS is applied to the latest stages of HIV infection. Official criteria for HIV/AIDS were developed by The Centre of Disease Control and Prevention in Atlanta (Georgia). It is constantly monitors the spreading of infection in the United States.

Viruses, including HIV, are detected by special methods of blood analysis. When the virus gets inside the body, the immune system begins to produce specific proteins inside the immune cells (antibodies that strive against the virus). The presence of antibodies in human blood proves that he/she got infected (for example, when a blood test shows the presence of antibodies against HIV, it means that this person is infected with HIV). It is worth mentioning, that there are from 2 to 12 weeks since the virus gets inside the human body during which the body produces sufficient amount of antibodies against this virus and they can already be detected in the human blood. During this incubation period (called a "window") even the current research methods cannot detect the virus in the human body, because it has not yet accumulated in sufficient quantity. That’s why those who are being tested for HIV are recommended even in the case of a negative result do it one more time after three months.

The HIV-positive may look and feel healthy for a long period of time, but soon after infection they may have symptoms that resemble those of respiratory disease or cold. Then comes the latent period when the virus does not react. This period may last for years. All this time the HIV- infected person feels well and doesn’t know that he can infect others. In the process of time, the immune system becomes weaker and virus becomes stronger. 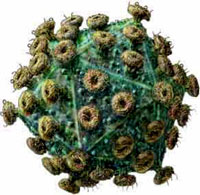 The causative agent of AIDS (Human Immunodeficiency Virus (HIV)) relates to the retroviruses. They are named after an unusual enzyme - reverse transcriptase (revertase), which is encoded in the genome and allows them to synthesize DNA in the RNA matrix. Thus, HIV is able to produce in the host cells so-called "helper" T -4 – lymphocytes and DNA copies of its genome. Viral DNA incorporates into the genome of lymphocytes and other cells that have specific virus receptors and strive against them. This leads to the destruction of the entire immune system. However, scientists still don’t know even the theoretical approaches to the solution of such problems, such as purification of human genetic apparatus of cells from foreign (especially viral) information. Without presenting the solution to this problem, there will never be a complete victory over AIDS.

Over the years, the body loses its protective mechanism and is unable to resist pathogens of various infections and kill tumor cells. The main causes of death from AIDS are infections and malignant tumours, against which HIV-infected body cannot fight. The average life of an infected person is 7-10 years.

Experts consider HIV/AIDS as a first in the history of mankind as truly global epidemic one. No plague, or smallpox, or cholera is a precedent, because HIV/AIDS is not like any of these or other known human diseases. Plague took tens of thousands of lives in regions where the epidemic exploded, but it never expanded over the entire planet. People, who survived and gained the immunity against it, took care of the sick and restored the affected farms. HIV/AIDS is not a rare disease, which can accidentally hurt some people. Leading specialists define our future as a "global health crisis", because of the first truly global and unprecedented epidemic infectious disease, that is still in the third decade of the epidemic, but is not controlled by medicine and as a result every infected person dies.

First HIV-infected was a group of gay men who were diagnosed in 1981. In the first decade of the virus spreading the causative agent proceeded mainly among certain population groups, so-called risk groups. These are drug addicts, prostitutes, homosexuals, patients with congenital hemophilia (because their life depends on systematic drug insertion from the donor blood).

However, by the end of the first decade of the epidemic HIV has spread beyond these risk groups. It has spread over the main groups of the world’s population. 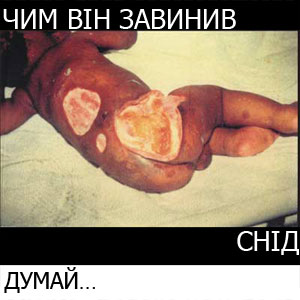 There are three main ways of HIV transmission from one person to another.

HIV/AIDS expands with the infected blood.

This is an insidious and incurable disease that has no specific symptoms, but still some of the signs of this disease may include the following

Remember: If you have any of the symptoms described here, it does not actually mean that you have AIDS. These symptoms may be caused by other diseases unrelated to HIV infection, that’s why you need to get tested and find out the cause of disease. In any case, the smartest solution is to go to the doctor. 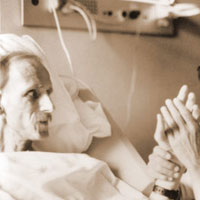 Human immunodeficiency virus is not transmitted through :

Preventive measures. The main condition is being extremely attentive and cautious!

Sexual contact is the most common way of the virus transmission. Therefore, reliable way to prevent infection is to avoid accidental sex contacts and always use a condom.

Intravenous drug usage is not only extremely harmful to your health, but it also increases the possibility of infecting with the virus.

Any tools (syringes or systems for blood transfusion) both in hospitals and homes for various manipulations (tools for manicure and pedicure, tattoos, shaving, etc.), which may contain human blood infected with HIV , must be obligatory disinfected. The AIDS virus is not stable. It dies after boiling in 56˚C water during 10 minutes. You can also use some special disinfection fluids. Alcohol does not kill HIV.