Star way to victories. Legends and the 50th anniversary of the Rugby team "Polytechnic" 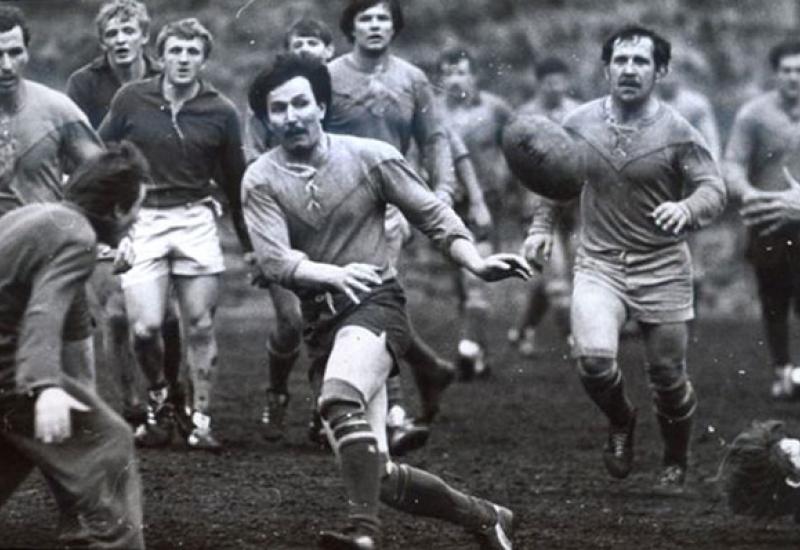 Team KPI Rugby "Polytechnic" was created in 1962 by Valentin Hannem (student of 2nd course of the faculty of automation and instrumentation), who was a talented Sprinter.

With Rugby Valentin Nikolaevich met by chance at the training camp in athletics in Pitsunda, where he saw a group of tough guys playing some incomprehensible game with an oval leather ball. One team was shorthanded, and the captain invited unfamiliar a guy who closely watched the actions of the Rugby players to join the game. Beginner, of course, the rules of the game did not know, and when he accidentally hit the ball, grabbed it and struggled raced right on the edge of the field. The players of both teams, pogroszewski mouths, watched the amazing race. This speed from a stranger no one expected, so he had no obstacles got to the corner of the field and stopped, not knowing what to do next. After hearing the prompt sabhi the gate and go, Valentine ran and lay back, holding the ball on his chest. It ran up the player of another team and calmly took the ball, which Valentin he had willingly given, considering their mission accomplished. All players from such a miracle were dumbfounded at first, and then started laughing – if Valentine pinned the ball to the grass, his team got the three points, and so the race was useless. This curious case, and are then retold as a story or a joke, began a long sporting life Rugby Valentine Honenu.

Back in September, 1962 in Kiev with a gift – a new Rugby ball and the rules of the game of Rugby, Valentin, with the support of the sports club and the Department of physical education, has assembled a team of students, most of whom were from the faculty of automatics and instrument-making, and began with them to learn a new game.

At that time the Department of physical education (head of. Department S. I. kalenchuk) has introduced a new sectional shape of the educational process in physical education. Students could engage in the sections on sports of their choice, rather than the usual shallnotify preparation consisting akademgrupp, as in other UNIVERSITIES. Rugby in KPI has become one of those sports that were included to the educational process.

In February 1963, on a winter vacation again the team before this strengthened the playing coach – teacher of the Department of physical education Ruslan Wolczanski (specialty coach in handball), went to Leningrad and then to Riga, where he spent his first friendlies. From Riga the team brought a priceless gift – a manual for the game of Rugby and a new leather ball. In may 1963 the team captain Valentin Henin and a new coach, lecturer, Department of physical education George lukaszewicz, passed in Adler training on coaching courses Rugby. There representatives from all clubs in the country was first created on the USSR national team in Rugby.

With the aim of spreading this sport the players KPI decided to create a new team. In 1963, Yuri Birula started to coach a Rugby team in Kyiv Institute of civil air fleet, Vladimir Boriskin in 1964 he created a team in the sports society "Dynamo", in the same year Eugene Ignatov has assembled a team in Kiev technical school of radio electronics (the company "Avangard"), and Victor trokhimenko – society "Lokomotiv". Subsequently Valentin Henin organized a team to SKA. At the Odessa Polytechnic Institute started the Rugby team of Leonid Selectivity and Valery Alexeev.