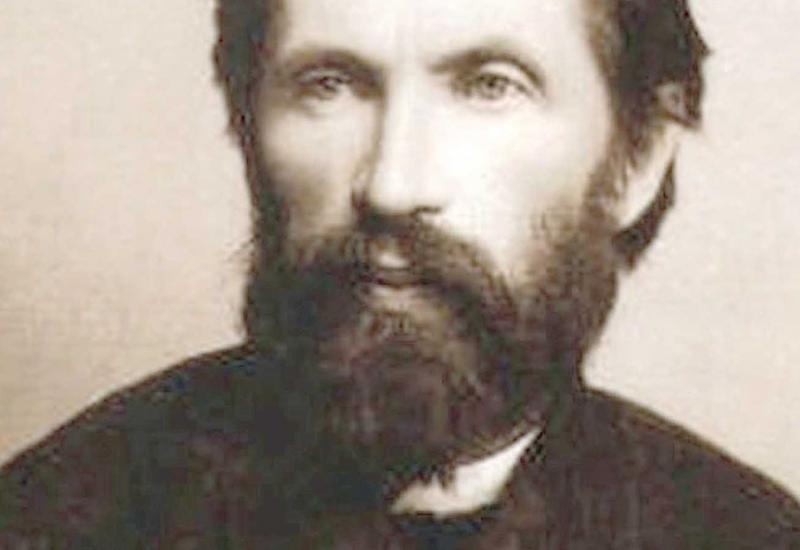 He graduated from the Polotsk military school and St. Michael Artillery School in St. Petersburg (during Viktor Kirpichov's years of studies there - one year), after which he served in Kronstadt Military Academy from 1863 to 1865.  He had an unstoppable desire to continue his studies, however, so he entered St. Michael Artillery Academy, where after graduation (in 1865) he was left first as a tutor (i.e. a teacher, under whose guidance students did homework), and from 1869 taught Material Science and Mechanics. Moreover, while study at the Military Academy, Viktor Kirpichov took a course in Mathematics at St. Petersburg Practical Technological Institute.

Lectures and communication with a prominent scientist-mechanic, and later - and a statesman, Ivan Vishnegradsky was central  in Viktor Kirpichov’s science identity.  The teacher of Analytical Mechanics, Mechanics of Materials, Linear Elasticity and other disciplines became for listener Kirpichov not only a teacher, but also a mentor and a senior partner.   So Viktor Lvovich became even a member of the Pentagonal Society, a circle that, except Vishnegradsky, included four of his most talented students, and which was created to promote the development of applied mechanics in the Russian Empire.

It is notable that in addition to Mechanics and Mathematics, Kirpichov was also interested in Nature Study, History (which, in fact, is very obvious when you read his books and texts of some of his articles and speeches) and was an expert of architecture - it also useful when later he headed the newly established institutes and supervised their construction.  At the same time, according to a letter to one of his brothers, he preferred to read not popular science books, but specialized literature.

In 1870 he retired and was competitively elected a teacher of Mechanics at the Chemistry of Substances and Materials Faculty at St. Petersburg Practical Technological Institute.  In 1873, Viktor Kirpichov improved his knowledge at the University of Heidelberg in Germany under the guidance of the eminent physicist Gustav Robert Kirchhoff and others.  In another three years he became a professor at the Faculty of Mechanical Engineering and secretary of the Educational committee of St. Petersburg Practical Technological Institute.  He taught courses in Mechanics of Building Materials, Graphical Statics, Hoisting Machines and Machine Parts, managed projects in Mechanics, and was in charge of a applied mechanics laboratory.  He also studied the phenomenon of elasticity in geometrically similar objects, on the results of which he first formulated the conditions for similitude of elastic bodies and actually proved the so-called third similarity theory.

In 1878 Vicktor Kirpichov published his first major work - the first volume of the textbook "Course on Mechanics of Materials" (the second volume was published in 1901), and in 1881 - the first in Russia textbook "Details of Machines".  His books "Conversations About Mechanics" (the first edition in 1907, last - in 2016), "Odd Unknown in Structural Mechanics" (1903, 1934 and later) are still considered classics, as evidenced by the fact that they have been repeatedly republished for many years after the death of their author.  But he dealt not only with purely technical problems.  Researchers believe that he was one of the first to raise the problem of workers’ security at industrial plants, speaking in 1882 at the meeting of the Russian Technical Society with a report on the protection of workers from accidents at work, and later became the author of a substantial introduction of the articles collection "Protection of life and health of workers", which was later published by the Ministry of Trade and Industry.

In 1885, on behalf of the Ministry of Finance and on the recommendation of Ivan Vishnegradsky - then a member of the Council under the Minister of Education - Viktor Kirpichov headed the establishment of the second in the Russian Empire (after St. Petersburg) Technological Institute, which he then governed for 13 years.  There he began to implement his ideas for the development of future engineers' skills and abilities of experimental research of technical problems.  He summarized them in a famous report to the Second Congress of Technical Education, which took place in the winter of 1895-1896.

The experience of working in Kharkiv was useful when Viktor Kirpichov took over the position of the Director (the title of Rector in the Russian Empire) of the newly established Kyiv Polytechnic Institute (1898).  He introduced a comprehensive system of engineers’ training, which combined theoretical courses, experimental research, factory practices and educational design.  He was the first in the country to initiate the appointment of department professors on a competitive basis only from those who had a scientific degree.  He also personally took care of the arrangement of laboratories, workshops, offices and the library of the institute, so soon the training base of the Kyiv Polytechnic Institute was recognized as one of the best in Europe.  At the same time he read Theoretical Mechanics for freshmen and immediately gained wide popularity among students as a brilliant lecturer.  Faced with the problem of student poverty, Viktor Lvovich tried to create an effective system of support for needy youth at the institute.  And during the mass political riots that broke out in most of the empire's universities in the early twentieth century, he never allowed the police into the institute's premises.  In addition, he consistently defended the right of students to assemble at rallies and strongly opposed the beating of students during street demonstrations, the practice of expelling them from schools, and giving them to soldiers.  And when the repression against the students only intensified, he resigned, unable to change anything.  ‘I treat my students like my own children,’ he wrote in a letter to Minister of Finance Serhii Witte (the institute was then subordinated to the Ministry of Finance), ‘and the death of each of them is equally difficult for me. I have little time left to live, and so in recent years it is more important for me to act according to the beliefs of my whole life.’

It was his indulgent attitude to the social activity of students in 1902 that he was dismissed for.  According to some reports, it was the request of the Ministry of Internal Affairs.  Despite his dismissal, the Council of the Kyiv Polytechnic Institute decided to elect him an honorary member of the institute in November of the same year.  In a letter of thanks to Mikhailo Konovalov, his successor, Viktor Kirpichov wrote: ‘The memory when I was a professor at the Kyiv Polytechnic Institute will always be one of the most precious memories for me…’

In the summer of 1903, V.L. Kirpichov returned to Kyiv to finish lecturing.  At the same time he happened to attend the graduation of the first engineers who entered the Kyiv Polytechnic Institute in 1898, when he was the Director, and personally hear from Chairman of the Examination Board Dmytro Mendeleev the words of appreciation concerning the educational work in the Kyiv Polytechnic Institute.

In 1903 V.L. Kirpichov finally moved to St. Petersburg.  He took the post of the Chairman of the Construction commission to complete the building of St. Petersburg Practical Technological Institute.  He was soon elected professor of Practical and Structural Mechanics.  He read this course until the last days of his life.  He also prepared and read a series of lectures on the History of Mechanical Engineering, which was a great success among students of all departments (faculties).

However, he took care not only of lectures: true to the principle that knowledge without practice makes but half an artist, Kirpichov organized a laboratory of applied mechanics, as well as research on friction and lubricants for machines.  Here he spent all time almost until his last days actively engaged in scientific work - his last two publications (and completely new for then technical science fields in the Russian Empire) were articles "Optical study of elastic deformations" and "On the question of fatigue of metals" (was published after his death).

Victor Lvovich Kirpichov passed away on October 7 (20), 1913.  Thousands of students, engineers and scientists accompanied him on his last journey.

… A bronze bust of the first Rector (sculptor Nataliia Derehus, architect Borys Pysarenko), installed in front of the first academic building, now greets everyone who crosses the threshold of the Kyiv Polytechnic Institute. The bust was inaugurated on August 31, 1998 – on the day of the university centenary - the largest and one of the most famous Ukrainian institutions of higher technical education.