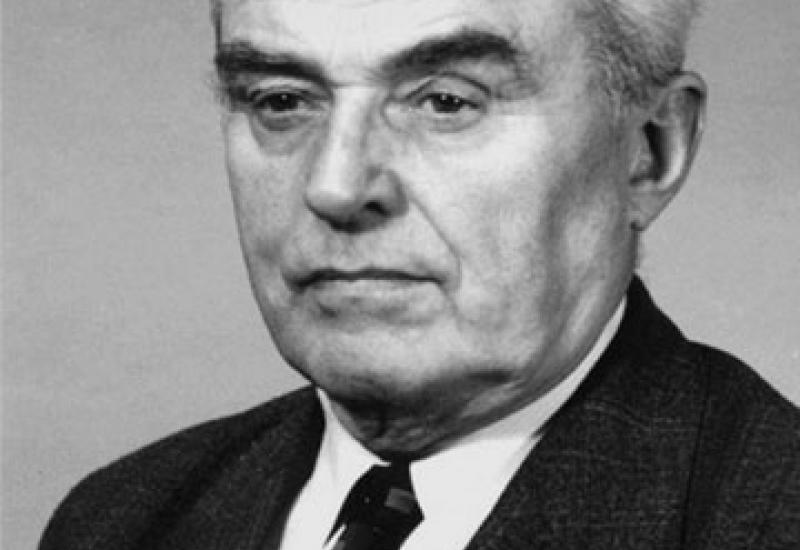 Oleksii Grygorovych Ivakhnenko was born in Poltava province. After graduating from Leningrad Electrotechnical Institute ( 1938), worked at the All-Union Electrotechnical Institute (Moscow, 1938-1944 years), which investigated the problem of automatic control of the laboratory led by Lebedev and after that came back to Kyiv (1944 ), where he worked in various institutions of USSR.
Since 1944 – candidate of Engineering, from 1954 - PhD of engineering. Since 1964 he was appointed the head of the department of combined control systems of the Institute of Cybernetics of the Ukrainian SSR. At the same time he was working at Kiev Polytechnic Institute as the Assistant Professor , and from 1961 – as a full Professor at the Department of Automation and Control , and Technical Cybernetics .

Oleksii Grygorovych Ivakhnenko is the founder of fundamental scientific direction - development and introduction of methods of inductive analysis, modeling and forecasting of complex processes , including those based on the proposed method of data handling group
( GMDH ).

In 1968, published an article in "Automation" titled "Group method of data handling - competitive method of stochastic approximation ", which marked the beginning of a new and , of course, main stage in his scientific work.

The method consisted in a new approach to the problem of modeling , even a new philosophy of scientific research , possible only in a case if there are newly equipped computers: the researchers can not hold carefully all the traditional deductive by building models "from the general theory - to the specific model ": observation of the object, the study of its internal structure , knowledge of the physical
principles of its functioning, to seek proper mathematical tools for the description of a theory and testing their own mathematical model of the object.
Instead, the proposed new approach "of specific data - the total models ': researcher after obtaining observational data put forward the hypothetically possible class of models , automatic generation procedure generates thousands and tens of thousands of different versions of models in this class and sets the criterion for selecting the best model with all the generated . As with most time-consuming routine work transferred to the computer, it is possible to minimize the impact of subjective factors to obtain the objective result of the maximum active creative capabilities of the researcher. In fact , this approach can be considered one of the strongest incarnations cybernetic thesis that computer - a powerful amplifier with mental abilities .

GMDH - an original method of solving problems of structural and parametric identification patterns, or modeling the experimental data. The task is to construct a mathematical model that approximates unknown pattern of functioning of the investigated object (process) , information which is implicitly contained in the sample ( table) available data. GMDH differs from other methods for constructing models using active principles of automatic generation options inconclusive decisions and consistent selection criteria for external building a model of optimal complexity. It has the original multilayered procedure for automatic generation of a model structure that mimics the process of biological selection based on pairwise consecutive characters. To compare and choose the best models used external criteria based on the separation of the sample into two or more units , and parameter estimation and model checking is performed on different sub-samples . It avoids the cumbersome priori assumptions as division sample can implicitly (automatically ) take into account different types of prior uncertainty in the model .

He is the author of the first monograph on national technical cybernetics, which was reprinted abroad. Further development principles combined control and works of Oleksii Grygorovych Ivakhnenko are associated with the use of principles of control systems , devices and methods of self-tuning , self-learning and pattern recognition and forecasting.

In recent years, developing the main brainchild of Oleksii Grygorovych Ivakhnenko – method of group data handling ( GMDH ) as a method of inductive modeling and prediction of complex processes and systems. In 1984 , the U.S. issued a collective monograph by American and Japanese scientists with description and examples effective application of GMDH in various application areas.

Oleksii Grygorovych Ivakhnenko was known in many countries , and many of his works are translated in English, German, Polish, Bulgarian, Romanian and Chinese.

Throughout his artistic career , from 1945 , Oleksii Grygorovych Ivakhnenko tirelessly maintains an extensive teaching job as assistant professor of Theoretical mechanics, then the Department of Automation and remote control, and since 1960 as Professor of Technical Cybernetics at Kiev Polytechnic Institute , where his lectures are attended by thousands of students and where he conducted dozens of graduate students. About inexhaustible creative energy Ivakhnenko indicates that under his leadership in the CPI and the Institute of Cybernetics about 200 young scientists prepared and successfully defended their dissertations and nearly 30 of his students defended their doctoral dissertations. Research of Ivakhnenko was and is a real breeding ground for highly-qualified researchers. V.M.Kuntsevych , V.I. Kostyuk , V. Ivanenko , V.I. Vasiliev , A.A. Pavlov and others have established their respected schools .

Ivakhnenko was overwhelmingly scientist with a keen sense of new and outstanding scientific intuition. In recent days, he continued to work on free terms, generating original research ideas and results .