Student Academic Choir of Kiev Polytechnic Institute. To be continued… 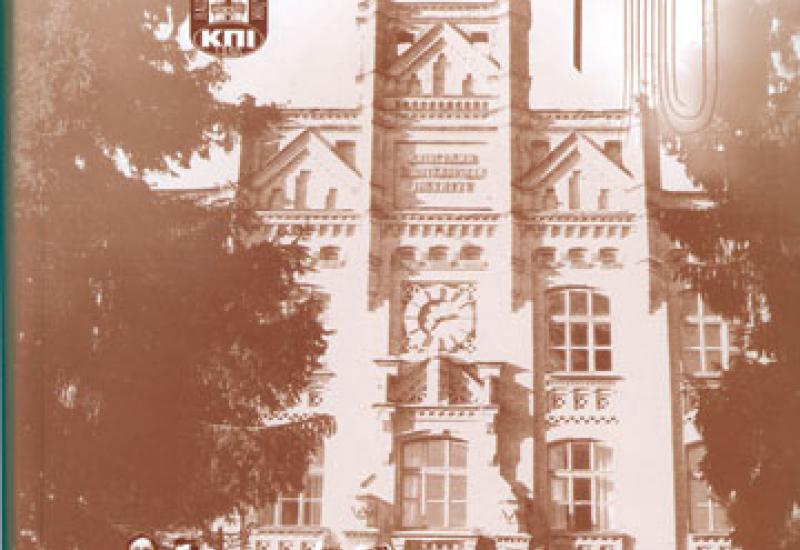 The Chapel is a singing family: “the choir history of KPI, memories and art of chapelists”. The book “The Chapel” was firstly printed in May, 2009. It is a kind of self-portrait of unique musical ensemble – Student Academic Choir of Kiev Polytechnic Institute, which celebrated 60th anniversary of the establishment in Spring, 2007.

The history of the chapel began when Lidiia Padalko, the second-year student of the Tchaikovsky National Music Academy of Ukraine (or Kiev Conservatory), came to KPI in the person of an ensemble concertmeister. Two months later, she led the ensemble, and soon she transformed it to a small choir. To the first repetition came 20 students. And two years later, there were 70 members in the chapel.

Several decades of the chapel history, from one hand, is a continuous creative search, performances at the university and culture centers, membership in different competitions, where the chapel was sure a prize-taker or winner, and, from another hand, is very hard work for a concertmeister because for every 5 years the ensemble’s lineup almost fully changes.

For 60 years, not only lineup, but also choir concertmeisters have changed. They were Lidiia Padalko, Mariia Palffi, Viktor Ikonnyk, Vitalii Lysenko, Galyna Horbatenko, Yurii Halatenko, Viktor Rud’, Ruslan Bondar. This book tells about them and their memoirs. In 1998, after hard times of the chapel, Viktor Rud’ and Ruslan Bondar reactivated it. Interestingly, that they were students of Kiev Conservatory for that time as well as the founder Lidiia Padalko.

«Our cathedra of culture» – the way the chapel members called their collective, «we lived under chapelism» – past chapelists say with a smile now. «Singing and aesthetic tour of life» – this words were written on their diplomas, which were issued them after finishing the institute.

The choir was not only an amateur art collective for them, but also the school of life, spiritual development and collective art.

The main part of the book points out choir members’ memoirs – beginning with Ida Popova, Mariia Usherenko, Galyna Morozenko which came to in 1947, 1948, 1949 accordingly, and ending with which who study in KPI and singing in the chapel today.

Everyone wrote about one’s personal and as a result, we have got something like a diverse mosaic, which absorbed all the colors of post-war 40-50s, encouraging 60s, stagnation 70s, and farther on – till today. This edition discloses biographies and fates of hundreds talented teens, which paved their path and searched for meaning of life, filled their weekdays with a singing energy, a joy of creativity and a light of friendship. Memoirs of a unique youth, appreciations to devotee teachers and a love to true friends are mentioned in the book.

Primarily, the chapel is a huge singing family. It has its glorious history and promising future, its ancients and “babies”. It has leaders, which have reached certain heights in their lives and which, modest but with pride, have a name “chapelist”. Chapelists have a lot of traditions, shared memoirs, song and poetic talents. And this book is the proof of that. Not every collective can boast of such a book. This book is contributed by the authors of memoirs, dedications and songs.

And having this book, chapelists have proved that all lessons in the school of collective creativity which they had learned at the institute and the chapel they will forever remember.  The book is only prepared by chapelists from the beginning to the end. Almost one hundred of past and present members of the chapel have written their memoirs, and, even more, collected photos and other materials. Compilers of the book Serhii Tsushko (also he is a main redactor) and Volodymyr Ihnatovych are past chapelists. Money for publishing was collected among chapelests too.

The book has been published and began to live its own life. The history of the chapel has been enriched by one more page. To be continued...