Ukrainian research is important for the whole world 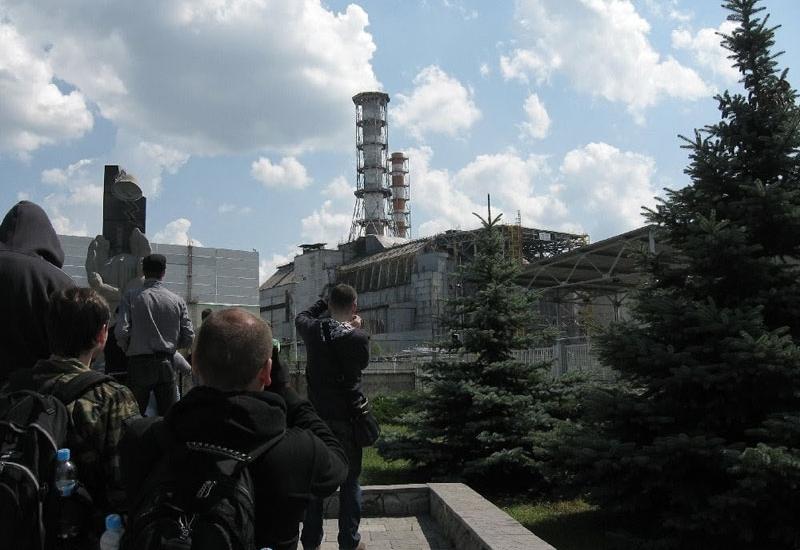 It has been 35 years since the world's largest man-made radiation accident occurred at the Chornobyl nuclear power plant. But we still live with its consequences. Scientists still evaluate the risks of radiation pollution and flooding of coastal buildings in case of natural disasters and man-made impacts

… In the late autumn of 2020, a scientific expedition went to the Kyiv Sea on the ship "Georgii Gotovchyts". Researchers from the Institute of Hydrobiology of the National Academy of Sciences of Ukraine were in a hurry: by the end of the shipping they had to take samples of water and silt from the bottom. Immediately after that, the scientists went to the exclusion zone to take samples from the reservoir of the Chornobyl NPP cooler.

Thus began the work of a team of scientists in the project "Forecasting the dangerous effects of radioactively contaminated surface waters and  coastal flooding: development of models and their implementation to reduce the consequences of emergencies in Kyiv, caused by Dnipro waters.”  The project was submitted to the competition of the National Research Foundation of Ukraine "Science for Security and Society" by scientists from the Institute of Mathematical Machines and Systems Problems of the National Academy of Sciences. They decided to create a modern modelling system for assessing the risks of secondary radiation pollution of the Pripyat and Dnipro in the case of natural disasters (floods, destruction of dams, forest fires) and man-made impacts (in particular, when deepening the bottom for new navigation routes). The project won the competition and received grant funding for 2020 and 2021 (in total - more than five million hryvnias).

Roman Bezhenar, project manager and senior researcher at the institute, says: scientists have long sought to create such a system, but still lacked the funds. And only thanks to grant funding they were able to start work.

Research is extremely important, because every high flood or fire in the exclusion zone carries risks for people and the environment. Kyiv-citizens remember how in January 1991 a floodplain was flooded because of a large ice block at the upper part of the Kyiv Reservoir, where a large amount of strontium fell on meadows after the Chornobyl accident. Thanks to a timely warning, Kyiv was not affected - the water supply was stopped and Desna water was discharged to the capital.  But this case confirmed the importance of scientific models of forecasting and rapid response to warnings.

Researchers of the Institute of Mathematical Machines and Systems Problems have been studying the consequences of the Chornobyl accident since 1986 -  studying the problems of flooding, developing models of radionuclide distribution, calculating radiation doses.

Mathematical modelling methods developed by scientists have been used and are used to predict radioactive contamination of the Dnipro, to assess the effectiveness of water protection measures in the exclusion zone, and so on. Their models are used in IAEA programs to model radiation pollution, in the development of mathematical models RODOS (European Decision Support System for Response to Radiation Accidents), in predicting the effects of water pollution in Japan and South Korea after the accident at the Fukushima-1 nuclear power plant.

The team of scientists working on the project included specialists in mathematical modelling, hydrologists, hydrochemists, biologists, and specialists in the atmospheric transfer of radioactive aerosols. And this is quite understandable, because a comprehensive study requires data on radioactive contamination of water, bottom sediments and aquatic organisms in Pripyat and the Kyiv reservoir, in the catchments of the exclusion zone.

The executors of the project are also researchers of the Department of Aquatic Radioecology of the Institute of Hydrobiology of the National Academy of Sciences, who have extensive experience in areas affected by nuclear power plants. As part of the project, scientists are researching reservoirs in the exclusion zone, analyzing hydrobiological and radiological samples in their own laboratories (which have the best equipment in Ukraine).

Scientists from the Institute of NPP Safety Problems calculate the movements in the atmosphere and deposition on the surface of radioactive emissions, the spread of radionuclides in forest fires. Scientists from the Ukrainian Hydrometeorological Centre of the State Emergency Service are introducing flood forecasting methods into operational activities.  The representative of the Ukrainian Centre for Environmental and Water Projects of the ATS of Ukraine in the project is responsible for the study of the consequences of the Chornobyl accident and the implementation of scientific results in the management of the exclusion zone. That is, the team came together really powerful, ready to develop and implement a modern system for modelling the risks of secondary radiation pollution of Pripyat and Dnipro.

When every minute counts

The last major floods occurred on the Dnipro in 1970, 1978 and 1999. But the risk of flooding exists every spring. The Ukrainian Meteorological Centre is responsible for flood zone forecasts. Together with researchers from the Hydrometeorological Centre (based on computer models of currents in rivers and reservoirs), scientists from the Institute of Mathematical Machines and Systems Problems developed a pilot version of the forecasting system a few years ago. The system performed a huge amount of calculations, took into account (every second!) the movement of floods, flow velocity and water levels in tens of thousands of calculated "cells" of the Dnipro riverbed from the dam of Kyiv HPP to Trypillia. Ukrainian Hydrometeorological Centre tested it, gave a positive assessment and recommendations for improvement (in particular, to make the calculation of each scenario faster).

—   Rapid warning requires very fast forecasts, so our team has developed a new technology for numerical solution of equations of such models for graphics processors. With its help you can make calculations for the flood zone in just one or two hours! All you need is a computer with a powerful graphics card,  — says Roman Vasylovych.  — We are also implementing this development within the project.

According to the modified calculation models, scientists will provide forecasts for potential radioactive contamination of the territory and human exposure in different scenarios of natural and man-made impacts on radionuclides in the Upper Dnipro basin. In addition, we can calculate what can happen in case of high floods in these reservoirs. In particular, a system for forecasting water uplift in Kyiv (identifying areas, streets and buildings that may be flooded) during floods and an unlikely but discussed scenario of destruction of the Kyiv HPP dam will be developed.

To date, all samples collected in the Kyiv Reservoir, cooling reservoirs and in the floodplain of the Pripyat River (silt, water, fish and plants) have been processed, and radioactive contamination concentrations have been measured. Data from previous studies involving project executors were also collected and systematized (based on these data, scientists set up and test models). Scenarios of technogenic impact on the Kyiv reservoir during dredging and high floods have been prepared. A new algorithm for fast calculations of flood zones on graphics cards has been tested.

The scientists plan to talk about the results of their research, in particular, at the conference of the European Geophysical Union EGU-2021, as well as at the forum "Problems of decommissioning of nuclear energy facilities and environmental restoration" INUDECO 2021, which will be held in Slavutych.

Currently, work on the project continues. Sample collection and research will continue, model setup will be completed, and forecasting systems will be established.

Two operational divisions will become users of the system of modelling of radioactive contamination. These are the State Specialized Enterprise "Ecocentre" of the State Agency of Ukraine for Exclusion Zone Management (it is responsible for environmental monitoring and risk assessment of radiation pollution in the Chornobyl zone) and - the Centre for Forecasting the Consequences of Radiation Accidents of the Ukrainian Hydrometeorological Centre.

The forecasting department of the Hydrometeorological Center will use the system for rapid forecasting of flood zones. It will also be useful in developing flood risk management plans (both in Kyiv and other cities), in developing new Master Plans for the development of the capital, and so on.

After the project is finished, scientists will present the system in the Kyiv City State Administration, talk about the possibilities and prospects for its implementation. The system will also be useful for the State Emergency Service of Ukraine, which is responsible for developing flood risk management plans.

Roman Bezhenar advises fellow scientists (especially those who work on the Chornobyl issue) to submit their projects to competitions (both Ukrainian and international), receive grant funding, communicate with scientists from other countries, and implement joint projects. He is sure: ukrainian scientific achievements are important for the whole world. In particular, they have already come in handy for the Japanese, who are overcoming the consequences of the accident at the Fukusima-1 nuclear power plant. Mankind will have to overcome the consequences of accidents at nuclear power plants for a long time, and it is better to do it together.