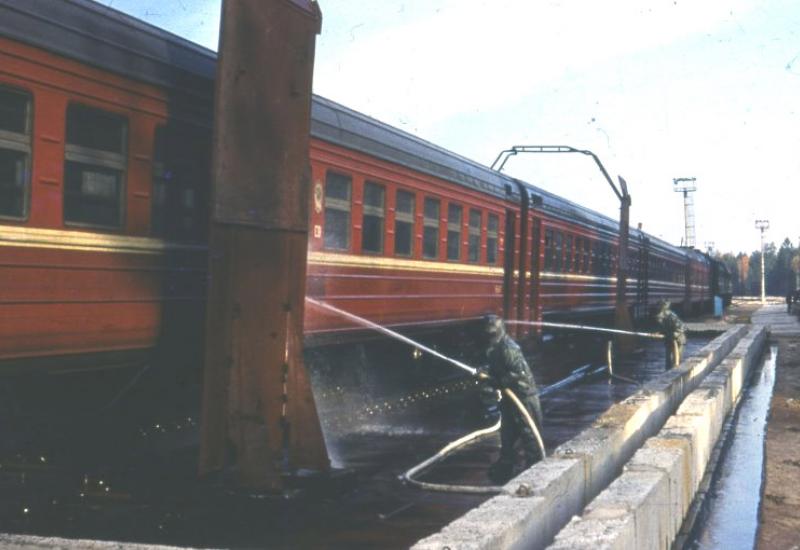 April 26, 2021 marks the 35th anniversary of the day when the nuclear disaster at the Chernobyl nuclear power plant divided our lives into "before" and "after", and the name of the little-known Ukrainian town became a synonym for a global tragedy The tragedy, the consequences of which have not been finally overcome to this day. It has changed the lives of hundreds of thousands of people forever and for hundreds of years has made more than 2,500 square kilometers of our state's territory uninhabitable. This catastrophe was the largest in the history of nuclear energy in terms of the number of people killed and affected by its consequences and in terms of economic damage.

April 1970. Start of construction of the Chornobyl NPP.

December 1977. The first unit of the Chornobyl NPP was put into operation.

March 28, 1984. The fourth power unit of the Chernobyl NPP was put into full capacity. It was considered the most modern, but worked only for two years before the disaster.

On April 26, 1986, at approximately 1:23 a.m., an explosion occurred at the fourth power unit. At that time, the reactor contained about 200 tons of uranium. As a result of the accident, the casing was destroyed, and due to the lack of a protective shell, 60 tons of radioactive substances were released into the air. Immediately after the reactor explosion, the radionuclides were released to a maximum altitude of up to 10 km.

For another 2 days, the leadership of the former USSR hid information about this explosion from the world.

The radioactive cloud formed after the explosion covered not only Ukraine, Belarus and Russia, which are located near the Chernobyl NPP, but also part of Yugoslavia, Bulgaria, Greece, Romania, Lithuania, Estonia, Latvia, Finland, Denmark, Norway, Sweden, Austria. , Czechoslovakia, the Netherlands, Belgium, Poland, Switzerland, Germany, Italy, Ireland, France (including Corsica), Britain and the Isle of Man ...

The fire at the power unit lasted 10 days. Graphite finally stopped burning only on May 10.

Thirty NPP employees have died in an explosion or from acute radiation sickness within months of the accident.

8.5 million people in Ukraine, Belarus and Russia received significant doses of radiation in the days following the accident.

From May to December 1986, a concrete sarcophagus, the Shelter, was built over the fourth power unit.

2,293 Ukrainian towns and villages with a combined population of over 2.6 million people, were contaminated with radioactive nuclides.

More than 600,000 people became disaster relief workers who fought the fire and cleared the rubble.

From April 26 to October 1986, the Chernobyl NPP did not operate. In October 1986, Units 1 and 2 were re-commissioned; in December 1987 the 3rd Unit continued its operation. Unit 4, of course, was not launched.

1991. A fire broke out at the second power unit, as a result of which the operation of this reactor was blocked.

December 1995. Ukraine, the G7 countries and the Commission of the European Union have signed a memorandum, according to which the preparation of a program for the complete closure of the station has begun.

December15, 2000. The Chernobyl nuclear power plant has been completely shut down.

March 2004. The European Bank for Reconstruction and Development has announced a tender for the design, construction and commissioning of a new sarcophagus of the destroyed 4th power unit of Chernobyl. The sarcophagus (Shelter) built over the fourth exploded power unit, built before November 1986, was gradually destroyed. The danger in the case of its collapse was primarily determined by how much radioactive substances are inside. This figure reached 95% of the amount that was at the time of the accident. Therefore, the destruction of the Shelter could lead to very large emissions.

April 2012. The beginning of the construction of a new safe confinement, or as it is abbreviated as the NSC, which has the shape of a giant arch that covered the old facility "Shelter". Due to its large size, the NSC had to be built in two parts, which were raised and successfully connected in 2015. Inside the NSC arch, a crane was installed to dismantle the old sarcophagus and the remains of the fourth power unit.

September 2019. The construction of the NSC has been officially completed.

April 24, 2020. The new safe confinement has been put into trial operation. During the trial operation, almost all NSC equipment and systems operated in the design mode for 72 hours and reliably performed their functions. In addition, working in this mode allowed to check the level of qualification obtained by the Chernobyl NPP personnel during training.

July 24, 2020. Experimental and industrial operation of the first launch complex of the new safe confinement has been started. It is planned that the research and industrial operation of the object will last one year, and after its successful completion the State Specialized Enterprise "Chernobyl NPP" must submit to the State Inspectorate for Nuclear Regulation of Ukraine an application for a license to operate the confinement complex and the Shelter within a separate type of activity - processing, storage of radioactive waste.

The expected lifespan of the NSC is 100 years. Its construction cost 1.5 billion euros raised by the international community. At the same time, the European Bank for Reconstruction and Development contributed more than 700 million euros. 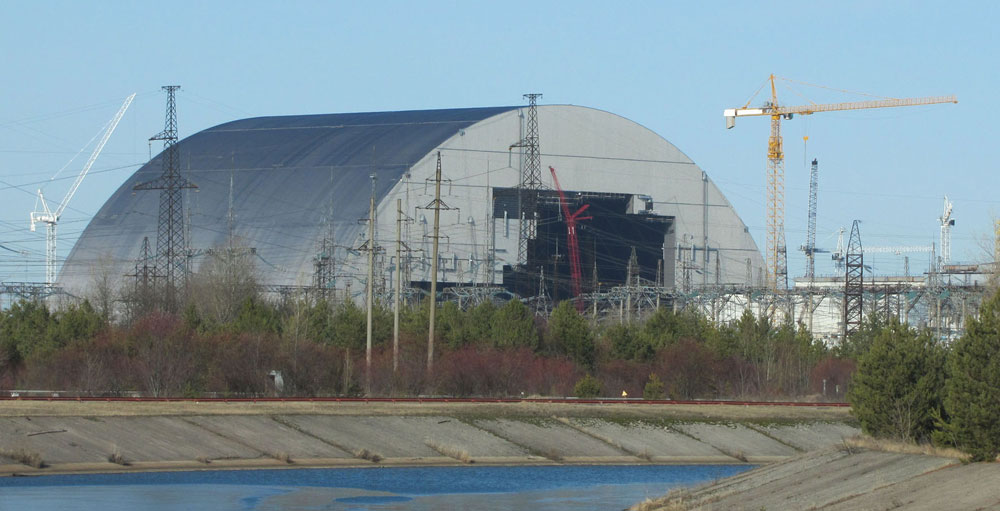 Currently, in the exclusion zone, where due to significant and catastrophic pollution of air, soil and water it is forbidden for people to settle, live about 400 species of animals, birds and fish, there are 1200 species of flora, 60 of which are listed in the Red Book of Ukraine, and 20 are rare. .

From the very beginning, Igor Sikorsky Kyiv Polytechnic Institute was in the midst of events related to the liquidation of the Chernobyl nuclear power plant disaster. It was the Kyiv Polytechnics from the Faculty of Chemical Technology - O.P. Shutko, A.D. Krysenko and V.P. Basov - that developed the technology of purification of water contaminated with radionuclides, which did not require the creation of stationary treatment facilities. This was very important, because the cars and buses that evacuated the residents of Pripyat, Chernobyl and surrounding villages, as well as provided the liquidators with the necessary cargo for their work and existence, were not only contaminated with radionuclides, but also spread them throughout Ukraine. And first of all - the streets of the three million Kyiv. In nine directions, from which the transport entered the city, dosimetric posts were urgently created and the construction of transport sanitation points was started. Aqueous solutions of appropriate surfactants were used to decontaminate the transport. The stations accumulated a significant amount of radionuclide-contaminated wash water, which was temporarily collected in above-ground or underground storage facilities. The construction of appropriate stationary treatment facilities was envisaged, but this required at least two months and jeopardized the transport connection with the Chernobyl zone. The technology and equipment developed by Kyiv Polytechnics helped the cause: decontamination of water was carried out directly in storage tanks with effective reagents developed by XTF specialists. 1.5-2 hours after such treatment, radioactive substances settled to the bottom, and the settled water, which met the maximum allowable concentration, was pumped to the area or used for watering roads. The mobile water decontamination group, which included the authors of the development, drivers, dosimeterists and compressorists, was formed on June 6 and operated until the end of 1987.

Since mid-May 1986, detergents developed at XTF by a group of specialists led by G.M. Prokoviieva were used for decontamination work. They were used to process propellers, which filled the fourth reactor of the Chernobyl NPP with sand and other highly dispersed substances, motor vehicles, railway cars, buildings and roads, and they were used during decontamination of ventilation systems in the Igor Sikorsky Kyiv Polytechnic Institute. This technology is waste-free, because after removing the solid phase from the contaminated solution, it is suitable for use again.

These are just two of the many developments of XTF scientists aimed at overcoming the consequences of the catastrophe. Among others - dust-retaining warehouses designed for storage of toxic or radioactive waste and materials, surfaces of engineering structures and constructions before their dismantling and containerization, and technology of dust-retaining works; protective coatings for protection of concrete, brick and metal surfaces that are easily decontaminated; transport and protective containers for storage and disposal of radioactive waste; technologies for immobilization of liquid radioactive waste and more.

A number of research and development works on the creation of remotely controlled robotic systems to eliminate the consequences of the Chernobyl disaster, which can operate in conditions of high levels of radiation, humidity and temperature, were conducted by specialists of the Interdisciplinary Research Institute of Mechanics "Rhythm” of Igor Sikorsky Kyiv Polytechnic Institute. Of the implemented developments, we should first mention the robotic complex for hydroabrasive cutting of vapor pipes in the sub-reactor premises of the destroyed 4th RTK-300R reactor; radiation-resistant mobile robotic complex RTK-100M, designed for visual, technical and radiation reconnaissance, as well as various technological operations in the central hall and other premises of the "Shelter" and several others.

We must also mention the creation of a legally reliable database of victims of the Chernobyl disaster in 1997. The purpose of this project was to provide information and analytical support to the main management functions for the protection of the population from the consequences of the Chernobyl disaster, entrusted to the Ministry of Emergencies of Ukraine, and performed by students and graduate students of ITS under the leadership of L.S. Globa - nowadays the Head of The Institute of Telecommunication Systems .

There were other projects related to overcoming the consequences of the Chernobyl catastrophe, because this work is not interrupted to this day. 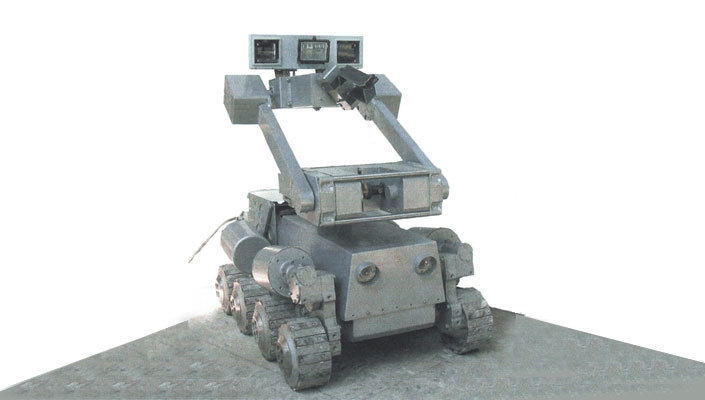 Much attention is now paid to the prevention of such disasters. This requires not only research and technology, but also competent professionals. And it is in the Igor Sikorsky Kyiv Polytechnic Institute, where thanks to the initiative and assistance of the Ministry of Energy of Ukraine, with the support of international partners from the United States, Sweden, Canada and the International Atomic Energy Agency (IAEA), the first in Ukraine master's program "Physical Protection and Accounting for Nuclear Materials" was opened in speciality 143 "Atomic Energy". Moreover, a training and research laboratory "Physical Nuclear Safety" was established at TEF, and without which the training of specialists in this area would be virtually impossible. The equipment for it was purchased with the financial assistance of the International Security Bureau of Canada, and the renovation and preparation of the premises for its installation was done at the expense of the Swedish Radiation Safety Agency. Practical training of future specialists is carried out not only within the university, but also on the basis of the George Kuzmych Training Centre for Physical Protection, Accounting and Control of Nuclear Materials of the Institute of Nuclear Research of the NAS of Ukraine, where there is appropriate equipment and test site.

It is symbolic that the first graduation of masters who studied under the program took place in the year of the 35th anniversary of the Chernobyl tragedy. Ukraine's nuclear industry has received 36 new nuclear safety specialists. They will be followed by others, because their successors are already studying in this speciality, and another recruitment will take place this summer.

And also Igor Sikorsky Kyiv Polytechnic Institute became the fortieth university in the world and the first in Ukraine to implement the "Hiroshima-Nagasaki Peace Study Course" - a course that is taught to all students of the university. In our country, this course, among other things, includes lectures on the consequences of Chernobyl for the nuclear safety of the world… 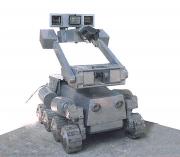