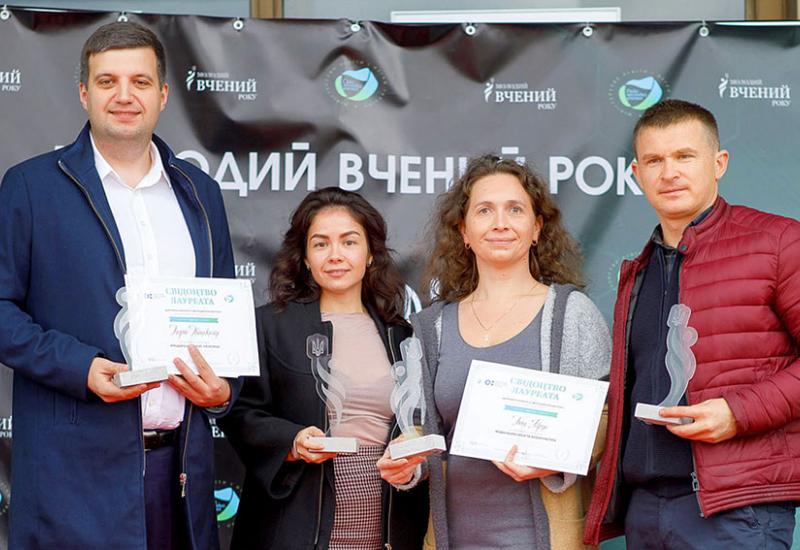 "Autumn counts for everything," people say. And it is great when you can be proud of the results. For example, the All-Ukrainian competition "Young Scientist of the Year", organized by the Council of Young Scientists at the Ministry of Education and Science of Ukraine, has recently come to an end.

Among the best - seven representatives of our university, who won in various categories:

XTF (nomination "Inventor of the Year in the field of chemical and biological sciences"),

All of them received certificates of the laureate and the statuette "Young Scientist of the Year".

The organizers sought to "publicly recognize and reward Ukrainian scientists, engineers and researchers who have shown great potential and creativity, made a significant contribution to research and science.” They also noted charitable and public activities, protection of Ukraine's interests, promotion of further development of Ukrainian science, growth of the country's potential, increase of its authority at the international level. The nominations of the competition, about a hundred of them, also concerned the popularization of science, natural and mathematical sciences, and other achievements in various fields of knowledge.

As we can see, young researchers grew and became courageous, from successful students grew curious graduate students and young scientists who worthily represent scientific schools and continue the glorious traditions of Kyiv Polytechnic.