Training for Young People from the Temporarily Occupied Territories 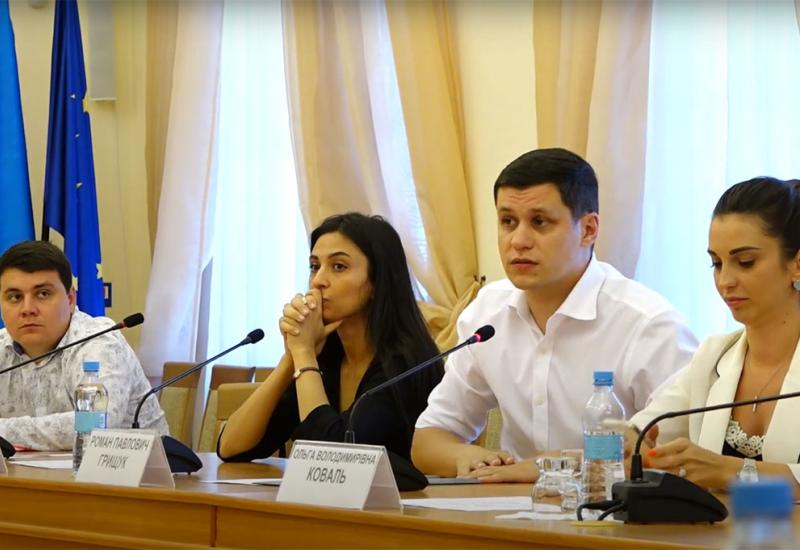 Igor Sikorsky Kyiv Polytechnic Institute held a meeting of government officials and MPs with trainees living in the Temporarily Occupied Territories of Ukraine.

This project is a new presidential initiative aimed at helping young people from the Temporarily Occupied Territories to enter Ukrainian universities. The Ministry of Education of Ukraine and The Ministry for Reintegration implemented the program. Currently, almost 200 children from the TOT are taking preparatory courses at higher education institutions of Ukraine, 15 of them enrolled for training at Igor Sikorsky Kyiv Polytechnic Institute. Our University immediately supported such an initiative, says Tetiana Yurieva, the Head of the Department for Preparing to University Admission of Igor Sikorsky Kyiv Polytechnic Institute:

When we received an invitation from the Ministry for Reintegration to participate in this project, we immediately agreed. We posted all the information and recruited 15 students from the Temporarily Occupied Territories. 9 out of 15 students entered Igor Sikorsky Kyiv Polytechnic Institute. The rest applied to other universities in Kyiv. Preparatory courses began on June 29, 2021, and will last until August 31, 2021.

Bohdan came from Popasna in Luhansk oblast. I learned about the preparatory courses from social networks:

It was the Igor Sikorsky Kyiv Polytechnic Institute Instagram page, where I found out that such preparatory courses would begin. I realized that was my chance and decided to take it. I got on the Popasna-Kyiv train and was here 12 hours.later.

However, Kyryl had to overcome a much severe and long way. He got here from Luhansk. The boy learned about the preparatory courses from his mother:

My mother monitored, read about such a program, and we decided to go. It was difficult to get to Kyiv because we did not know how long it would take us to cross the border. There were so many people there. It was hot. Thank god, we made it to the train. The route seemed tough and lasted more than a day, but it was worth it.

Since these courses for young people from the TOT is a pilot project, it is significant for the organizers to know what difficulties young people overcome and how to avoid them next year. MP, Chairman of the Subcommittee on Vocational and Professional Pre-Higher Education of the Committee of the Verkhovna Rada of Ukraine on Education, Science and Innovation Olha Koval said:

Today, we saw how many children took advantage of this opportunity and came to study in the territory of free Ukraine. In the future, they will be able to be ambassadors who will promote education in Ukraine among their friends in the Temporarily Occupied Territories. And we must hear them and know firsthand what path they had to take.

During their studies, students will live in dormitories for free and receive a scholarship of UAH 5,000. These steps should become tools for their reintegration from the occupied Crimea and parts of the Donetsk and Luhansk regions, Roman Hryshchuk. Chairman of the Sub-committee on Lifelong Learning and Extracurricular Education of the Verkhovna Rada Committee on Education, Science and Innovation, said:

These are children who graduated from school in occupied Donetsk, Luhansk, and the Crimea. They have not studied the Ukrainian program since the fourth grade. Now, they have a chance to learn the Ukrainian language, improve mathematics, the history of Ukraine. They can integrate into Ukrainian society and start learning together with their peers on September 1, 2021. I think it is a good start, and I want this project to scale significantly next year.