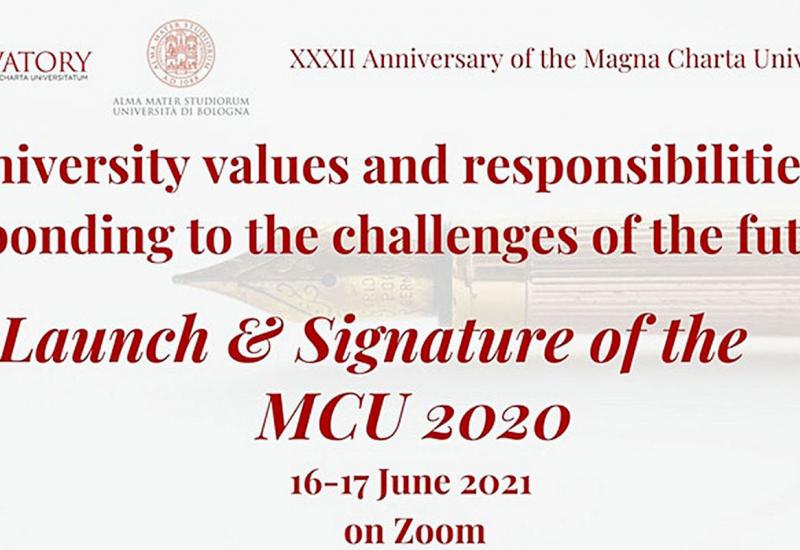 The updated Magna Charta Universitatum has been launched and signed! "University values ​​and responsibilities: responding to the challenges of the future" - this is the title of the two-day event that took place in mid-June this year. The Igor Sikorsky Kyiv Polytechnic Institute delegation also took part in it. Our commission included Vice-Rector for International Relations and Corresponding Member of the National Academy of Sciences of Ukraine Serhii Sydorenko, Vice-Rector for Student Affairs Nataliia Seminska, and Head of International Relations Bureau of the International Collaboration Department Yevhen Polishchuk (on the photo).

However, the world has dramatically changed - politically and economically since the first version of the Magna Charta Universitatum was published. The number of universities is increasing. At the same time, they now need to change in the contexts in which universities operate and within universities themselves. Moreover, universities are increasingly having to review their values, how they are given effect and how they contribute to the maintenance and development of their mission and reputation. So there was a need to adjust the document. In 2020, an international group of representatives of university communities from different countries prepared an updated version of the Magna Charta Universitatum - MCU 2020. On March 12, 2020, the Observatory Board of the Magna Charta Universitatum approved the daft MCU 2020. For more than a year, it has been under consideration by university heads around the world. Rector of Igor Sikorsky Kyiv Polytechnic Institute Michael Zgurovsky signed the document on May 11, 2021. 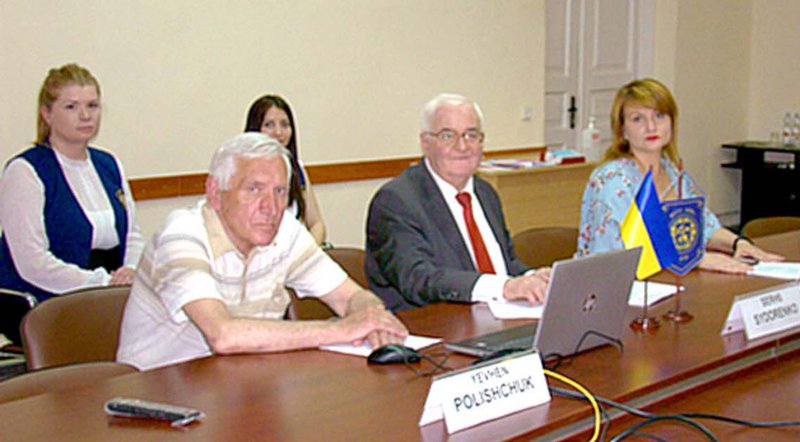 The forum “University Values ​​and Responsibilities: Responding to the Challenges of the Future” addressed the implementation of the MCU 2020. The video conference was held on June 16 and 17, 2021. It covered four sections: Higher Education, Updated Magna Charta, Magna Charta 2020 - launch and first signing, and Reflections on key topics and future actions. Leaders and members of the Observatory Board from different countries, heads of many universities and international public associations in higher education, the Editorial Board of the Magna Charta Universitatum 2020 spoke at the event.

Serhii Sydorenko told the University media representatives after the forum about the new draft Magna Charta Universitatum: what has been removed and what has remained. He briefly described the core document - the Magna Charta Universitatum, approved in 1988 and described its main provisions, which defined and define the main principles of higher education in the modern world. Thus, the university is an autonomous institution within society. It is intellectually independent of any political and economic power. Teaching and pre-research work are inseparable. Freedom in research and teaching is a fundamental principle. In addition, a university is the trustee of the European humanist tradition and develops mobility of teachers and students.

However, much has changed over those 30 years. Countries are now much more closely linked to each other - we live in an information world without borders. Universities nowadays operate more internationally. They have to respond more quickly to larger numbers and more diverse learners and research requirements, use advanced technology, different modes of delivery, and are challenged to be more sustainable and more equitable. Universities also serve the diverse needs of a wider range of local, national, and international stakeholders. Higher education is one of the pioneers and leaders of change and social transformation. Therefore, relevant changes made to the MCU 2020 have brought its provisions closer to today's realities.

However, as Serhii Sydorenko explained, the new Charter removes nothing from the fundamental values ​​of the 1988 Charter. The document reflects the values ​​shared by the global academy and the responsibilities they assume, given the role of universities in preserving the planet and promoting health, prosperity, and enlightenment throughout the world. It summarizes the common vision of universities of their role in the modern world and the principles upon which the mission of universities should be based, based on the need to respond to the challenges faced by humanity after the publication of the first version of the Magna Charta Universitatum. Among the provisions of the updated MCU 2020 are those that directly affect students. The new document emphasizes that universities are spaces of tolerance and mutual respect, where pluralism of opinion thrives, and consensus approaches cover any issue of academic life. Critical thinking of all students and researchers is encouraged here. And another aspect, according to Serhii Sydorenko, has never been as essential as it is now: based on the MCU 2020, universities recognize that lifelong learning and higher education are part of this continuous process.

So, by signing the Magna Charta Universitatum 2020, higher education institutions worldwide have declared their commitment and readiness to uphold the principles and values ​​set out in it. And the forum in June 202 officially announced that it had entered into force.