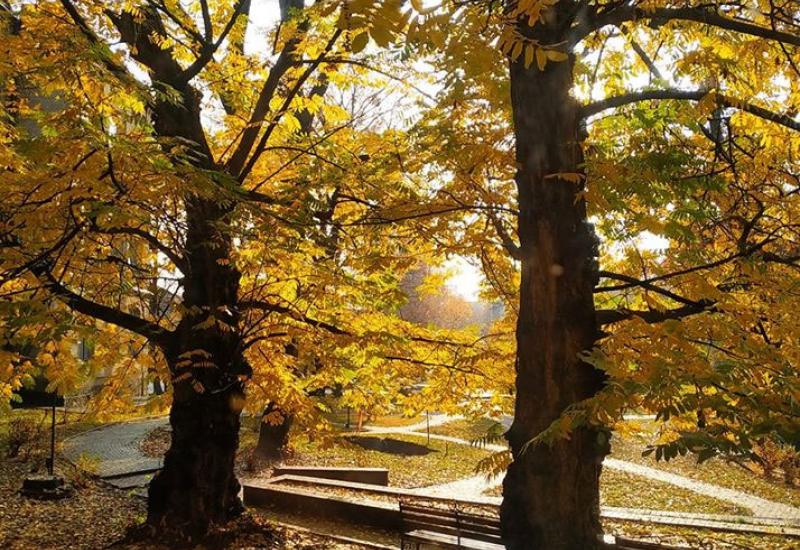 Every day, from the birth to our last days, nature gives us joy, inspiration and beauty. The plants that surround us affect the climate, provide oxygen, process harmful emissions, provide food and healthy environment. One hectare of forest emits 3-4 tons of oxygen per year, absorbs 4-5 tons of carbon dioxide and filters 50-70 tons of dust. In Ukraine, only 16% of the territory is forested, while the European norm is 20-22%.

A bit of history

More than a hundred years ago, when Kyiv has been not a metropolis yet and has been not suffocated by smog, a park has been set up on its outskirts in the territory of the newly created Polytechnic Institute. The first vice-rector Yuriy Yakymenko says: "Thanks to the agricultural department, which was part of the Igor Sikorsky Kyiv Politechnic Institute, the collection of seedlings was selected very well from different regions and continents. The trees have survived revolutions, wars and reconstruction, and although they are noticeably old, we still enjoy them  in all seasons. " 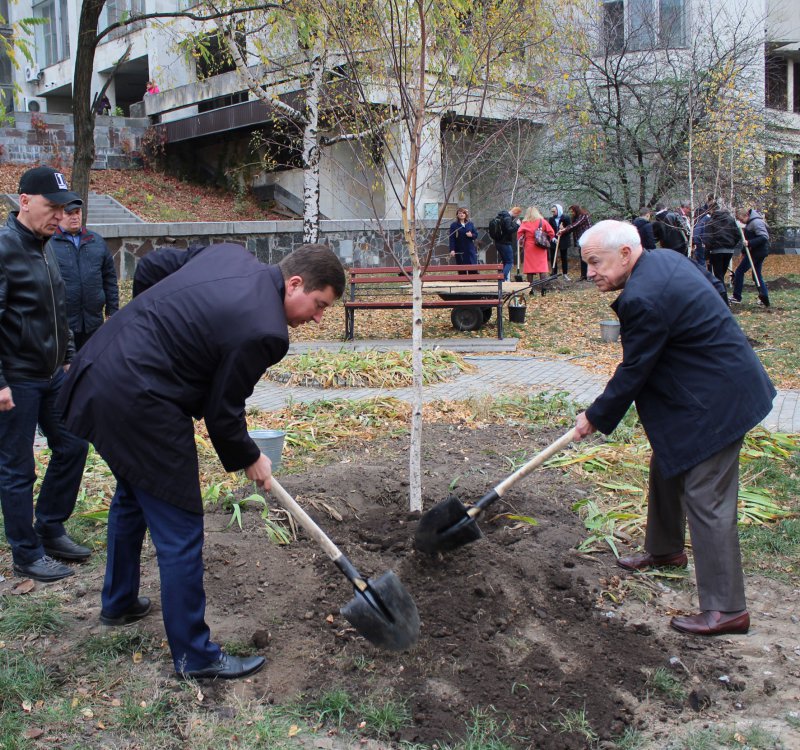 Vice-Rector for Administrative Work Vadym Kondratyuk says: "Igor Sikorsky Kyiv Politechnic Institute needs a whole range of work with plants: care and preservation of proper plant and aesthetic plantings, removal of dry and diseased trees, crowning, landscaping etc. Recently, students and staff have planted several hundred seedlings of pine and hornbeam. They worked together and had fun. But this is not the first and last event. Every year positive changes are made in Igor Sikorsky Kyiv Politechnic Institute Park. "

His words are confirmed by numerous photos, newspaper publications and memoirs of participants. In particular, a large amount of work was done in the spring of 2004. Then they cut six hundred sick and dry trees, cleared the bushes. The whole work was carried out taking into account the conclusions of the relevant environmental authorities and in accordance with the approved project for the reconstruction of the park. In the part of the park adjacent to the monument to the victims of the Great Patriotic War, a lane of young lime was planted. TEF, PBF, HTF, VPI, FMF and MMI students worked very well. They have left the walls of the alma mater a long time ago, but the small seedlings have turned into beautiful young trees that are scented in the spring, flaunt in the summer and have a bright fall decoration.

At the end of 2005, the first part of the reconstructed Igor Sikorsky Kyiv Politechnic Institute park was inaugurated. The mayor supported the initiative of the university that the university should become the main sight of the capital, both in historical, scientific and educational sense, as well as in the sense of appearance. For their active participation in the renovation of the park, a large group of participants of these works was awarded the honors of the KSCA chairman, the chairman of the Solomian RDA and the Academic Council of the university.

A. Havrushkevych, the former  deputy chairman of the trade union committee of students recalls: "In the spring of 2008, a student asset of the Igor Sikorsky Kyiv Politechnic Institute held an annual ecological action, which was dedicated to the 110th anniversary of the native university and to the 100th anniversary of the campus. In particular, activists of the trade union committee, campus, student councils of faculties and hostels planted lilac in Polyana. The students purchased the seedlings themselves. A crazy charge of positive energy, laughter, fun.  Everyone was worried about the only question: Will they bloom this spring already? "

In December 2009, the central alley in front of the main building was updated. Young trees were planted, which blended well into the landscape and blended in with the old trees. "Fir trees were brought from the Demetra garden center in the Boryspil district," said R. Bryhynets, the head of the administrative and economic department at that time.

VPI graduates say: "Trees near the 8th building  stand out among other with their dedication. They were planted by graduates in honor of graduation and getting higher education diploma. 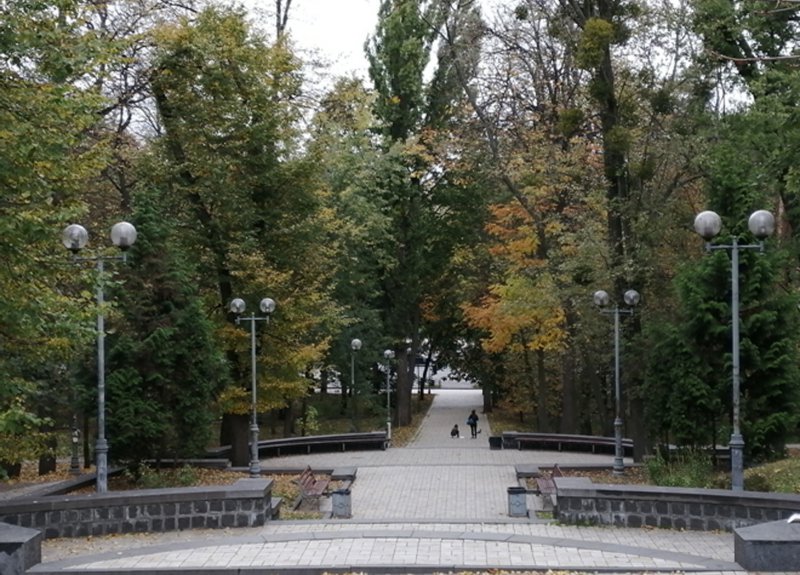 In the spring of 2017 on the Igor Sikorsky Kyiv Politechnic Institute campus appeared alley of sakura. The first ten slender cherries donated by the Government of Japan to the alley near the Knowledge Square were planted on April 12 by Rector of the University of NAS of Ukraine Michael Zgurovsky and Minister-Counselor of the Embassy of Japan in Ukraine Michio Harada. The rest were planted by representatives of the university's management and the educational branch of the capital. "We do not stop on this and will determine where else on the territory of our university there are corners that could be decorated with these beautiful trees," - said Michael Zgurovsky. Sakura with its delicate pink flowers captivates people no matter where it grows. The trees bloomed next year.

The relentless time and summer heat of 2017 caused the beautiful fir trees to dry before the first hull. They had to be demolished. In November, according to an approved rector of the university dendrological plan, young trees were planted in front of the hull: 10 blue along the central alley and 10 Serbian ones in a semicircle. Blue spruce grows on average up to 30 m. Usually its age does not exceed 180 years. Serbian spruce reaches a height of 15-20 m and  lives about 300 years.

In October 2019, university staff and students planted about 100 sparrows and 200 pine trees in the park, and some birches near the 7th building.  We decided that for the sake of improving the ecosystem not only of our university, but of the entire city, this eco-events will be a rule.

And finally, it would be nice to put nameplates on veteran trees that are not common in our area, as it is done in many parks around the world.