1st meeting of the National nominating committee of Ukraine for the Nobel Prize Foundation in sustainable development. The committee was founded on the basis of Igor Sikorsky Kyiv Polytechnic Institute (video) 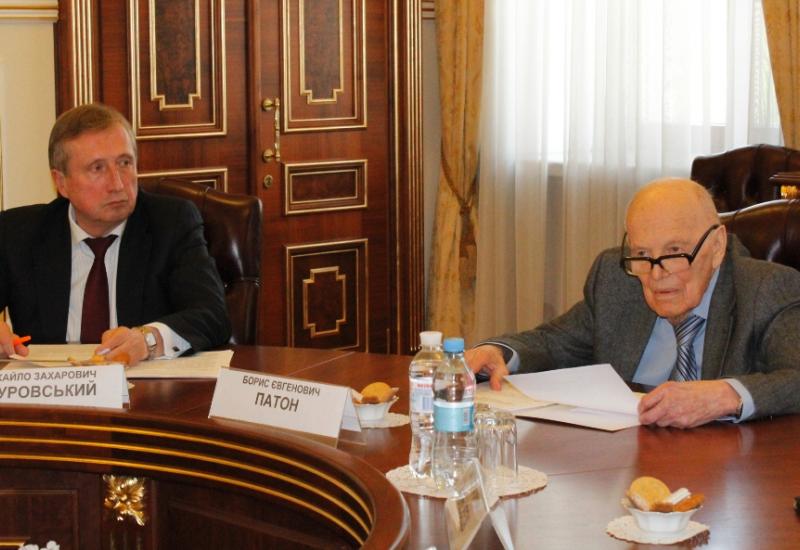 The founders of the Nobel Sustainability Trust, Switzerland, were members of the Nobel family. We remind you that the concept of sustainable development is based on the need to strike a balance between satisfying the modern needs of mankind and protecting the interests of future generations, including their need for a safe and healthy environment. So the descendants of the Alfred Nobel family work basing on the fact that the economic and social health of civilization largely depends on the availability of energy and a sustainable approach to agriculture and forestry, industrial production, water purification, but excessive consumption of resources has led to warming of the planet, pollution of soil, food, water and air, which poses a threat to the existence of mankind. Preservation of these basic components of human life requires considerable intellectual and financial efforts. Thus, the goal of the Nobel Foundation for Sustainable Development is to support these efforts.

The directions by which the Foundation seeks to make its own contribution to the sustainable development of mankind are:

The key element in encouraging researchers or entire scientific institutions working in these areas and offering important projects has been discoveries and inventions that can improve the quality of life on the planet will be the annual award of the Nobel Foundation for Sustainable Development.

In addition, for the four contestants who have taken the second place, the Foundation will hand out diplomas and other honors each year. And it will pay two scholarships – also annually.

It is planned that the Nobel Foundation for Sustainable Development Award for the first time will be held in 2019.

Prize laureates will be awarded at official ceremonies during Foundation symposia in major cities around the world.

Candidates for the prize will be nominated by the National nominee committees. Today, through its Secretariat in Switzerland, the Foundation completes the selection of universities, based on which National nomination committees formed on the basis of leading universities in more than 40 countries. They will consider projects, discoveries and inventions and nominate national candidates for the prize.

In Ukraine the National Technical University of Ukraine “Igor Sikorsky Kyiv Polytechnic Institute” has been appointed by the Fund, which was stated in the Agreement, signed in November, 2017.

The Committee will carry out the following functions:

The final decision on awarding the Nobel Foundation for Sustainable Development will be adopted by the International Committee at Oxford University.

At the first meeting of the National nomination committee of Ukraine on the Nobel Foundation for Sustainable Development, the Regulations on its work were approved, the issue on the peculiarities of its activities in 2018 and others were considered. Documents that regulate the activities of the Committee, as well as announcements and current information will be posted on the site http://nobelsd.kpi.ua.

Accordingly, in accordance with the procedure for organizing the competition at the national level, determined by the Regulations on the Nominee Committee of Ukraine, the nomination of projects, inventions or discoveries will be carried out by Academic Councils of scientific institutions, higher educational establishments, industrial enterprises, public organizations and public associations. Works are submitted in English. The situation is limited to the number of authors of works that are nominated for a prize – there may not be more than three. At the same time, the nominating Committee will not give any feedback on the work submitted for participation in the competition: they will be made public for open review on the site of the Committee. The Committee's decision is taken by a simple majority of votes of the members present at the time of the open vote. The appeals of the nominees regarding the decisions of the Committee on the nomination of the project, the invention, the opening for participation in the competition, the Committee shall consider on the day of the relevant meeting. Announcement of the competition is carried out in the first quarter of the current year; nomination of works – in the second quarter; review of works – in the third or fourth quarters; appointing of the winners at the national level – at the end of the fourth quarter. After that, the winning work at the national level goes to Oxford University as a focal point for the winners.

As for the peculiarities of the activities of the National nomination committee of Ukraine this year, they are such. Taking into account that the Committee did not start work in January, and at the end of April, the competition for 2018 will be announced in May. By the end of September, the work sent to it will be accepted for consideration. During October-November, the best of them will be selected and, as stipulated by the Regulation, a final meeting of the National Nominating Committee will be held in December, after which his proposals will be sent to Oxford for a final decision.

The next working meeting of the Nominating Committee is scheduled to take place on May, 16.