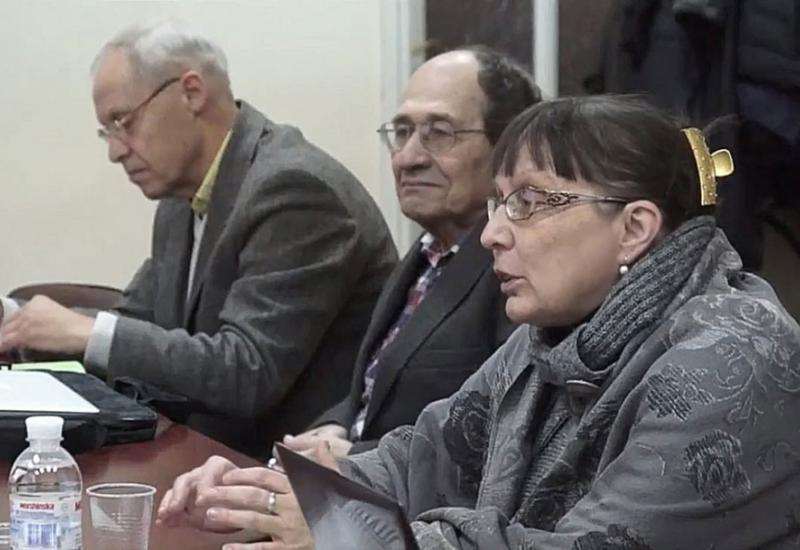 There are people, ideas and things of which continue to live after their death.   Member of the Academy of Science of USSR and the USSR Victor Mykhaylovych Glushkov relates to these people. His contribution to the development of computer technology and development of theoretical works in the field of Cybernetics, mathematics and computing engineering is universally recognized. The Institute of Cybernetics of NAS of Ukraine during his lifetime became a world center of development in the field of creating "smart" machines and their application in various spheres of human activity.

In the year 2010, the National Institute for strategic studies run a scientific seminar during which there was a proposal to run a conference devoted the development of Viktor’s Mykhailovych ideas in modern conditions. It was the beginning of the conference "Glushkovsky chytannya," which continues to act today.

The plenary session was opened by the Vice-rector for scientific work of NTUU "“Igor Sikorsky Kyiv polytechnic institute”, academician NAS of Ukraine M. Yu. Ilchenko. Further work of the conference was controlled by Dean of the faculty of sociology and law, candidate of philosophical Sciences A. A. Melnychenko. Presentations were made by daughter of V. M. Glushkov  Candidate of Physico-Mathematical Sciences V. V. Glushkova, his students academicians of NAS of Ukraine O. V. Palagin and O. A. Letychevsky, senior research scientist of NAS Institute of Problems of Mathematical Machines and Systems V. V. Vyshnevsky, scientific research of the Institute of system technologies T. G. Shemsedinov, Ph. D. of the University of Western Ontario (Canada) Svetlana Matvienko. Doctor of philosophy in communications from the University of Tulsa (USA) Benjamin Peters sent video congratulations to all conference members.

The second phase of the conference titled "How to survive in a world of "Black mirror" run in an open student space "Belka", which housed around 50 members. Among the speakers of the discussion were presented above Timur Shemsedinov, media expert Andriy Brodetskiy, a young teacher of philosophy Dmitry Stolyarenko and graduate student of the Department of sociology Sergey Odarych. The Central theme of discussions was contradictory impact of technology development on human life, in which obvious progress in the technical component begins to threat personal and public security. During this discussion the fantasy that the machine displaces person were dispelled. Members of discussion argued that under this visibility lies real relations between people where machines (even high-tech) are just a tool. No one gave a ready solution to these problems, but their very clear statement was very strong point of discussion.

Recently, the world's growing interest is in the center work of all Glushkov’s life - ZDAS (nationwide automated system of accounting and information processing). Dozens of scientific articles were published and among them is the famous work of American scientist S. Herovych "Inter-Net! Why nationwide computer network was not created in the Soviet Union ", several documentaries were filmed. Last year was published a book of American scientist Benjamin Peters (How Not to Network a Nation: The Uneasy History of the Soviet Internet) devoted the realization of ZDAS, which this year became interested in China and Sweden.

In this sense, as reported Timur Shemsedinov, an important and significant is going to become work which is planning in the nearest future. Recently FIOT of  Igor Sikorsky Kyiv Polytechnic Institute took the initiative to help digitize Glushkov’s library archives (including unpublished publications). The initiative has supported by academic’s daughter  Vira Vyktoryvna Glushkova. Results of this work will make the idea of an outstanding scientist property not only the general scientific community, but also all those who interested in development of technology and society.