Laureates of the State Prize from IASA 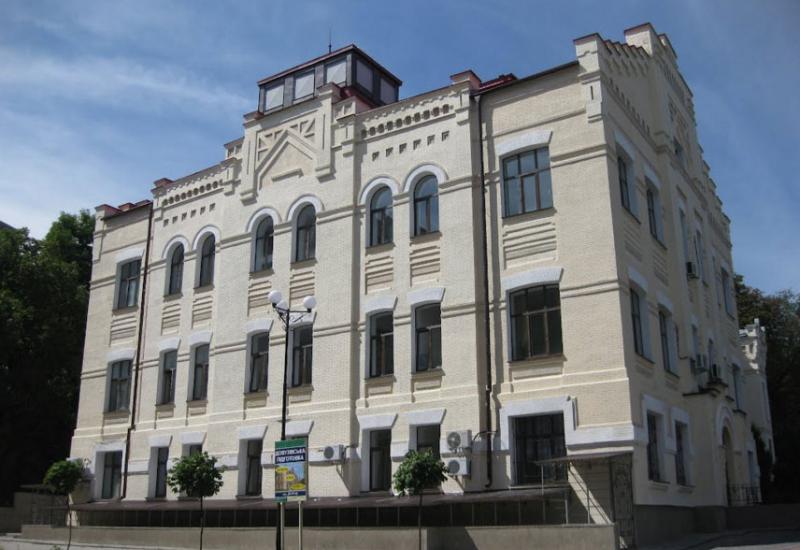 Observations conducted by the scientists of the National Technical University of Ukraine “Igor Sikorsky Kiev Polytechnic Institute”, covering a wide range of industries and areas, are fundamental and applied in nature. Their results are highly appreciated in scientific circles, and the introduction into production brings a significant economic effect. In particular, the State Prize for Science and Technology for 2016 was awarded to the Director of the Institute of Applied Systems Analysis Pavel Olegovich Kasyanov and Professor of IASA Petro Ivanovich Bidyuk (as a part of the team) for a series of works entitled “Optimization Methods and Computer Technologies for Modeling and Managing Information Processes and systems”.

Works performed by the Doctor of Engineering P.I. Bidyuk and his pupils on the basis of IASA, are grouped in two directions: “Fundamental methods of modeling, analysis, synthesis and optimization of complex spatial structures” and “Applied intelligent computer technologies for research of complex processes and systems”. They are united by a single research methodology, which includes the creation of highly developed constructive tools for mathematical and computer modeling, the development of new effective methods for optimizing the structure and parameters of complex processes and systems, the creation of modern high-intelligence information technologies.

In the first direction of research the methodology for constructing mathematical models of processes and systems was created for the first time, aimed at optimization of designing, modeling, forming of equations of motion, control, evaluation of parameters and states of objects taking into account experimental and statistical data. The theory of mathematical modeling, optimal filtration and optimal control of elements of large space constructions with nonlinear characteristics, as well as new approaches and methods of modeling systems with elements of artificial intelligence have been developed.

In the second direction, applied means of building a single mathematical information toolkit for comprehensive and complete study of physical processes and applied phenomena was made, which includes a number of methods of selection, recognition, classification, architectural construction of software and mathematical models for the creation of high-performance heat on the basis of highly effective specialized and problem-oriented information-analytical systems of real time.

These studies have found a concrete application. The results of the solution of the tasks of structural-parametric identification and synthesis of control systems for spatial space structures are implemented in systems of terrestrial field tests of elements of space structures, in systems of simulation of the orbital motion of special purpose space crafts - for the synthesis of control systems for maneuver, orientation and silencing of oscillations. The results of probabilistic-statistical simulation are implemented in the banking system of Ukraine for solving the problems of assessing borrowers' creditworthiness, in systems of technical diagnostics of electrical equipment of small and medium-sized vessels of the river fleet of Ukraine, in systems of short- and medium-term forecasting of processes of financial-economic and environmental character.

Professor of the Department of Mathematical Methods of System Analysis IASA P.I. Bidyuk is actively engaged in theoretical and applied researches in mathematical modeling of nonlinear non-stationary processes in various fields, methods of statistical analysis of data, adaptive forecasting, automatic control of technological processes, technical systems. He engages students and postgraduates in the work, uses research results in applied statistics programs, time series analysis, computer information systems design, transition economies modeling. During the years of existence of the “Teacher-Researcher” competition (since 2006), he is the winner. He trained 22 candidates and one doctor of sciences. Along with him, his pupils - candidates of technical sciences Alexander Terentyev (he, being a postgraduate student, participated in works honored with the State Prize), Natalia Kuznetsova, Maxim Konovalyuk and others.

About the creative contribution of P.O. Kasyanov in the cycle of works “Methods of optimization and new computer technologies for modeling and managing complex systems and information processes” said Deputy Director of IASA of the National Technical University of Ukraine “Igor Sikorsky Kiev Polytechnic Institute”, the Doctor of Engineering Professor Natalia Dmitrievna Pankratova: “Doctor of Physics and Mathematics, Director of the Institute of Applied Systems Analysis of the National Technical University of Ukraine “Kyiv Polytechnic Institute” named after Igor Sikorsky, laureate of the State Prize of Ukraine in the field of science and technology (2009) P.O.Kasyanov (head of science - academician of the NAS of Ukraine, the rector of the Igor Sikorsky KPI, Academician of the National Academy of Sciences of Ukraine M.Z. Zgurovsky), qualitatively and constructively studied the general classes of Markov processes of decision making with allowable noncompact sets of solutions and unlimited cost functions with deep applications to the challenges of making optimal solutions in industry (technical support of industrial systems, system of examination of industrial safety), robotics (automated forecasting), business (marketing, inventory management), computer science (troubleshooting network failures, optimization of requests to distributed database servers); state security and military sciences (search for movable goals, goal identification, distribution of weapons); health care (medical diagnostics, development of treatment protocols)”.

Today Professor O.N.Kasyanov is the author of 6 monographs (in co-authorship), among them four in the publishing house Springer-Verlag, USA, Germany; two in the publishing house “Naukova Dumka”, NAS of Ukraine; more than 100 scientific articles in the leading professional national and foreign scientific publications; 4 tutorials for university students, etc. He is the responsible executor and scientific supervisor of research works on topics and grants of the National Academy of Sciences of Ukraine, Ministry of Education and Science of Ukraine, National Science Foundation NSF (USA), Foundation for Fundamental Research (Russia, Belarus), etc. He is the organizer and participant of international scientific seminars and conferences. He repeatedly presented plenary reports at the invitation of the universities of USA, Italy, Spain, and Russia. He also teaches academic disciplines: “Introduction to systemic mathematics”, “Elements of nonlinear analysis”, “System analysis of stochastically distributed processes”.

P.O. Kasyanov is an example for his pupils and his junior colleagues: in 2007 he graduated postgraduate studies in advance and defended the candidate's degree, and in 2010 - at the age of 28 - a doctoral; as a successful young researcher repeatedly received awards, scholarships and grants from the Verkhovna Rada of Ukraine, the President of Ukraine, the National Academy of Sciences of Ukraine for the development of important scientific problems; as six times winner of the university competition “Young Teacher-Researcher” (2009 - 2014).

Nowadays, scientists are full of creative ideas and optimism, they plan to further implement of their work in practice.