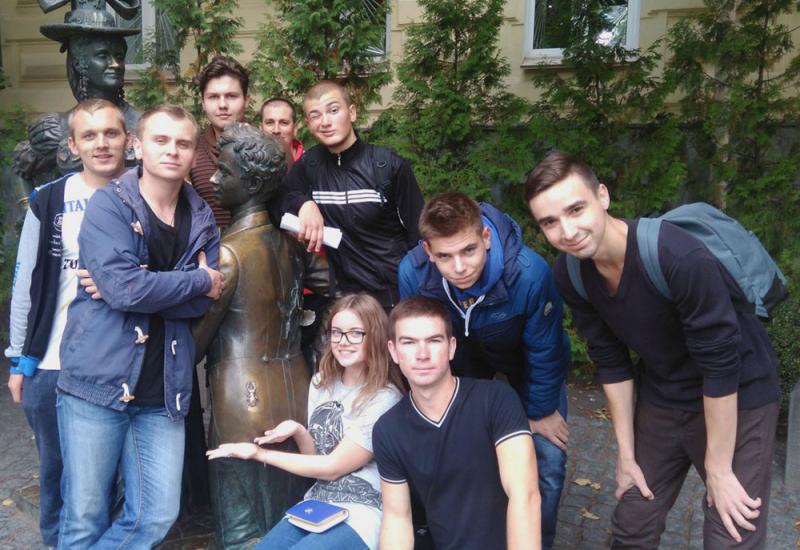 Legends of the city and its mysterious corners opened on September 24th for first year students of "KPI named Igor Sikorsky" during the quest-tour, organized by the university campus administration. The students traditionally acquainted with the beauty and history of Kyiv in an interesting way. The route passed through important and interesting places. On the way to the victory students had to do various tasks, communicate with many residents and guests of the city. They sang on the eve of the National Opera, confessed his love to native Alma mater on Independence Square, held a flash mob with young kievans in the Landscape Alley and refreshed passers memory - that the most important colors in the country are the colors of the Ukrainian flag.

The campus administration organizes such adventures for first-year students for the fourth year in a row. This makes it possible to identify active youth and for new generation of KPI students acquainted with the historical and cultural heritage of the capital, realize the importance of team spirit and develop their communication skills.

"Legends of the big city" - an interesting race and, therefore, there are some winners. This year, the most skilled and cohesive teams were: dormitory № 1 – First place,  dormitory №19 – second place, dormitory №14 – third place. Winners received a flood of positive emotions and presents from sponsors.