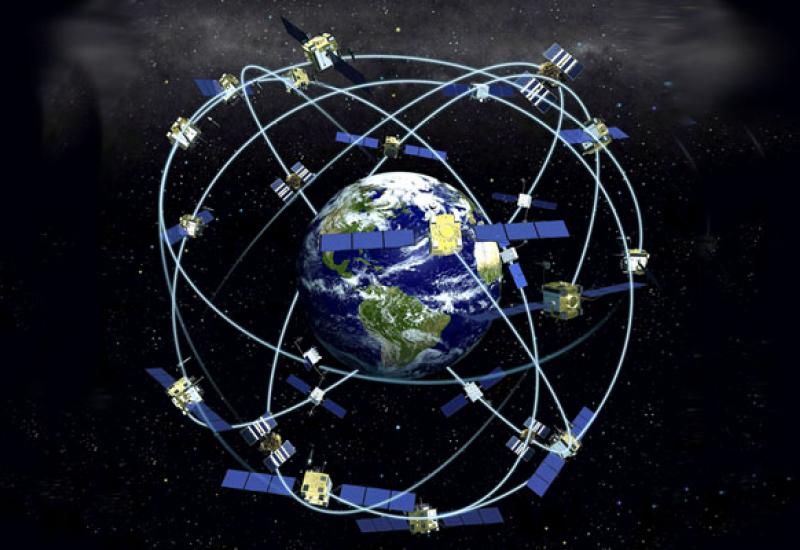 A seminar “The prospects of using the system EGNOS in different branches of industries” organized within the framework of the project “UKRAINE” which is financed by Framework Programme for Research and Innovation “Horizon 2020” created by the European Union took place in our university on June 30, 2016. More than 40 specialists took part in the seminar. Except for the participants of the project “UKRAINE” there were representatives of different research and business entities, in particular the Ministry of Agrarian Policy and Food of Ukraine, the Manufacturers of Navigation Instruments and Service Providers Association, the Ukrainian Marketing Association, “Logistic Ukraine” company, “Heoskanes” private enterprise, National Centre for Control and Testing of Outer Space Means, “ITS Ukraine” (Intelligent Transport Systems - ITS Ukraine), Nova Poshta, OOO “Corum SOURCE”, “IDOM”.

The key targets of the project “UKRAINE” started in January 2015 are the expansion of the “EGNOS” system (European Geostationary Navigation Overlay System), development of innovative solutions for monitoring and tracking dangerous cargoes in combined logistics etc.

In fact, EGNOS is European GNSS augmentation system developed in order to enhance credibility and accuracy of information on the whereabouts of an object throughout Europe. This technology improves the GNSS system performance by delivering repairs when interfered by foreign entities which can affect satellite signal.

The agreement for collaboration between Ukraine and EU in the field of GNSS system came into operation on December 1, 2013. This agreement is geared towards creating satellite services with improved performance with the aid of using the GNSS system on the premises of Ukraine.

The EGNOS system implementation will become a key factor for security upgrade and efficiency boosting of aircraft, agricultural, above-ground transport sectors and other spheres, especially international commerce which is a key direction for Ukraine. The EGNOS system implementation throughout Ukraine will promote development of new supplements of the key spheres of the economy./p>

A track of the seminars devoted to the topics of the project have been already held in State Space Agency in Ukraine and National Aviation University in 2016. The seminar “The prospects of using the system EGNOS in different branches of industries” which took place on June 30 was primarily intended to using the EGNOS system in business - in rail, river, overseas and multimodal transportations, in e-Call innovative system, in transportation of dangerous goods etc.

Marco Bolki, the representative of VVA company (Valdani Vikari & Associati), told about European contribution in the sphere of satellite navigation. In fact, the existent systems EGNOS and Galileo are the results of this contribution. Galileo is a part of the satellite navigation system project of the European Union and the European Space Agency. Besides, Mr. Bolki unveiled the mere project “UKRAINE”, introduced the consortium, declared purpose and tasks of the project and reported what had already been done as part of the project and which steps would be next. He said that prioritizing of Ukrainian GNSS application market (aviation, dangerous cargoes and multimodal logistics), holding the competition of innovative ideas concerning multipurpose receiver for using in Ukrainian market, conducting proof-of-concept testing of navigational modules of Ovinto company, carrying-out of an analysis of Ukrainian market for using EGNOS technology and making a set of actions which will encourage popularization of the system in Ukraine. Mr. Bolki named material preparation for approval of EGNOS approaches in aviation, adaptation of market strategy for aviation and cargo carrying.

The main activity areas of TeleConsult Austria company include the sphere of precise positioning and dependable navigation, especially in the sphere of development and unification of navigation, telecommunications and information technology, as well as services used in the spheres of transport and mobility. The representatives of TeleConsult Austria outlined the problem of monitoring GNSS signals for aviation safety. They mentioned the problems in this sphere and their solutions with the help of GNSS systems. Dependable positioning of such systems was mentioned to be extremely important for many applied supplements for traffic infrastructure, including aviation. Low level of energy, heat noise and numerous hindrances of signals, such as deflection or interference effect (both accidental and deliberate) were said to be some of vulnerability factors.

The representatives of National Aviation University envisaged an important problem concerning the prospect of promoting such systems in Ukraine. Nowadays EGNOS system covers majority of European countries, and now it is Ukraine’s turn. The specialists of NAU consider that RIMS-station Kyiv (base station situated in Kyiv for monitoring the system) can provide band enhancement for the servicing zone of EGNOS to West Ukraine and Central part of Ukraine, while stations in Kyiv, Kharkiv and Mariupol will provide an ideal cover for the servicing zone of EGNOS on the premises of Ukraine. Some advantages of using this system are cost reduction for expensive ground equipment, rise in flying rate, expansion of airports, which will give an opportunity of landfall under conditions of limited visibility and providing the usage of business aviation in local airports.

The representatives of Belgian company Ovinto and “ДФС Логістік” company talked about multimodal logistics, mentioned services and systems in this sphere. The GSM and satellite technologies were compared, the main advantages and principles of operation of the modules produced by Ovinto and which use satellite systems were outlined.

The speakers of the Manufacturers of Navigation Instruments and Service Providers Association talked about technical and organizational problems of using navigational equipment in Ukraine. The representative of the State Space Agency of Ukraine envisaged the problems connected with legal basis of promoting the EGNOS system in Ukraine. The principles of the state policy towards this problem and the mechanisms of government regulation of this navigational system were outlined.

The representative of NTUU”KPI” assistant professor I.V.Trubarov thoroughly analyzed the spheres which can use the EGNOS system. He presented the great opportunities of using this technology in different spheres. He considers that the satellite navigation system will boost potential of the transport sector. Using this system will encourage the rise in effectiveness of land transportation due to using such systems as “intelligent” transport systems and support networks of joint traffic. It will give an opportunity to control traffic and boost its security, provide data entry in real-time mode etc. He couldn’t pass over the opportunities which the EGNOS system can give The State Emergency Service of Ukraine and save hundreds of lives by doing that. Usage of satellite navigation is also a key element of sustainable agriculture technology “Precision Agriculture” - highly-efficient agricultural strategy rising rising productivity and simultaneously reducing expenses and environmental effect. Thus, the participants of the seminar could realize the wide range of capabilities of implementation and smart use of the EGNOS system.

The project “UKRAINE” finishes in September 2016 and final meeting is expected to take place on September 21. It has to make conclusions of the project, analyze its results and outline the further prospects of using the EGNOS system in different branches of Ukrainian industry.

Olha Sulema, the member of International Projects Department of ICD