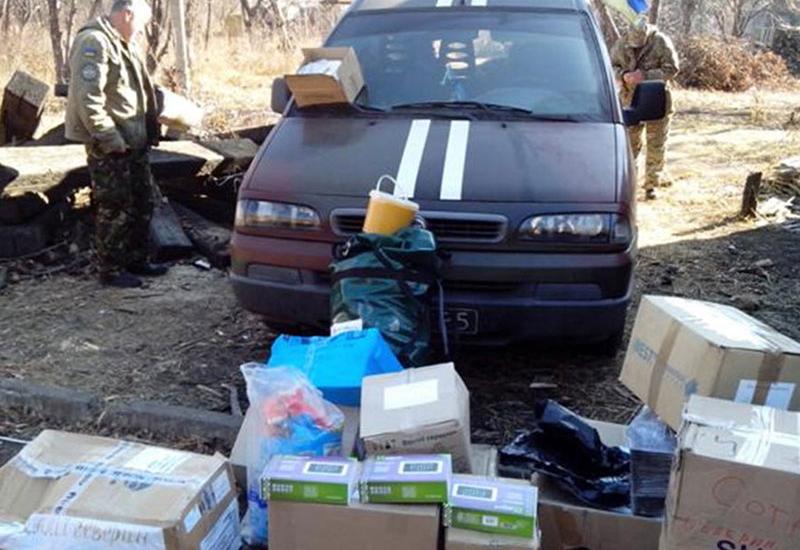 The basis of aggression against the Ukrainian state was initiated by two major factors: disorganization of the central government and the general decline of the Ukrainian Armed Forces, which were to contribute to the success of the operation with minimal losses. Systemic failures in the implementation of the script capture our country began when the promotion of terrorist groups was stopped by the first detachments of volunteers. Own self-organizing groups could not stop the military aggression, which was prepared for many years, but their heroism and sacrifice helped to stabilize the front line and buy time for a national mobilization.

In parallel with increased number of military deployments it was organized the wide volunteer movement, which allowed in a short time to significantly improve software of communication, the National Guard and volunteer units of personal protective equipment and communications, automotive and even armored vehicles. Thousands of volunteers and millions of patriotic ordinary citizens joined to improving the defense of our country, to break the plans of its capture.

In such a difficult time for our country Kyiv polytechnics could not stay away. They were joined by the staff of the Institute of Renewable Energy National Academy of Sciences of Ukraine. It was quickly established "Volunteer Battalion KPI" and it was organized the work to improve the logistical and medical support of fighters. First of all it comes to aid in the acquisition of optical surveillance devices, providing warm clothing and equipment for autonomous power supply. The experts of the welding faculty established manufacturing anti-cumulative screens, which greatly increase the security of armored vehicles. It has also been re-equipped for military purposes and handed fighters SUV "Chevrolet" fringed with steel sheets body, mounting gun socket and secure places for the personnel.

Students and staff NTUU "KPI" and IRE NASU assisted units of the 30th Regiment of repair-restoration, and 95the air mobile Brigade, the 26th Brigade, 1st Airborne People Battalion, Battalions "Kupol" and "Dnepr -2", volunteer battalions near Debaltseve and Luhansk border guards, as well as to the Main Medical clinical Center of the Ministry of Defense of Ukraine" main Military Clinical Hospital "and the wounded in the regional hospital almost 500 000 UAH.

Front tasks "Volunteer Battalion KPI" are not limited to the above areas: Polytechnics try to assist everyone who needs help starting from equipment fighters, protecting automotive and military equipment and ending with ensuring comfort and parental care for wounded warriors and heroes and  help families of the victims. No one employee, no one student may remain in the side of our common misfortune, and we will fulfill our mission as long as the last soldier will not return to a peaceful home and his family. Contact volunteer organization KPI Online http://volunteers.kpi.ua/.

Our land insidious enemy came when we were defending our honor and dignity, defended the right to be free men, now we must fight for life and independence of our country. Just now there, at the forefront of our national liberation struggle, thousands of the best sons of Ukraine are fighting with the ennemy, and we must be worthy of this feat. Therefore, the protection of the Fatherland is the task of each of us. Because Ukraine - that's us!

Glory to Ukraine! Glory to the heroes!