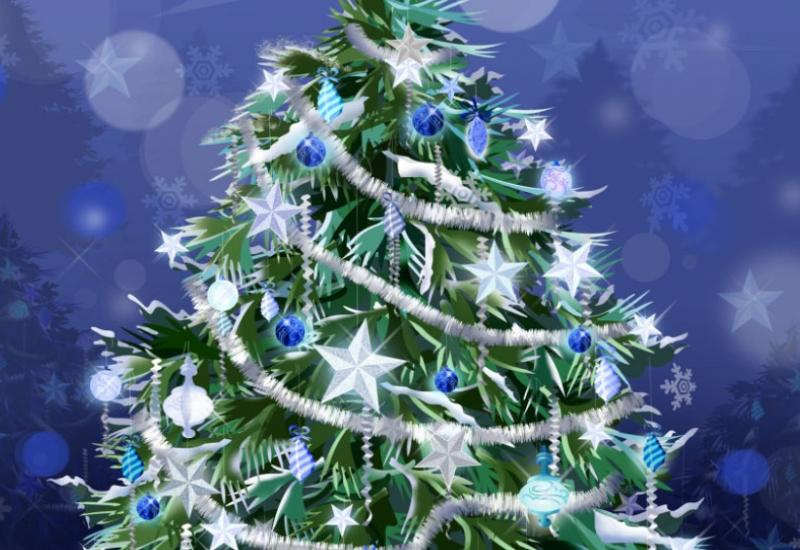 Fluffy green tree is the main symbol of new year and Christmas holidays. Dressed before the New year in a city apartment, a farmhouse or simply outdoors, coniferous beauty seems completely natural and taken for granted.

The purchase and decoration of the Christmas tree is a kind of new year ritual – we, like our parents and grandparents carried out surely learned from childhood habit. It seems that it has always been. But... it is not so.

To decorate houses with branches of plants that never shed their "outfit", began to spread Christianity. The custom originates from the pagan cult of worship of plants. Our ancestors believed that the branches inhabited by spirits, and decorating an evergreen tree, tried to placate them. For the ancients branches of pine needles symbolizing eternal life, because the sun is particularly favorable to evergreens.

The tradition of decorating the Christmas tree in the eve of winter holidays also has its explanation. In the old days people believed that on the winter solstice open the gates of heaven, and in this mystical time make your wishes come true. In addition, during this period it was the custom of burning the Yule log. Before the ceremonial burning of old wood, it was decorated with greens. And what could be greens in the winter? Of course, needles. Thus at the flaming piece of wood sure threw seeds, nuts, apples, and sometimes coins – a kind of sacrifice to please the Gods of the Sky and bestow in the coming year a good harvest. Later dreams of a rich harvest was embodied in the tradition of decorating the tree with fruits, gingerbread, berries, nuts.

According to the legend, according to which a custom to put in the homes of spruce in one of the major Christian holidays of Christmas, dates back to the VII century and is connected with the name of the Apostle all Germans Saint Boniface (672/673–754).

Preaching in Germany among the Gentiles and telling them about Christmas, Saint Boniface cut down the sacred to the Germanic pagans the tree – Donar Oak (Oak of Thor – God of thunder) to show the Gentiles how powerless their gods. Oak, fell, tumbled down a few trees, but the fir tree remained standing, than Boniface saw a peculiar sign.

Also, according to legend, Boniface tied a triangular shape ate with the symbol of the Holy Trinity (God the Father, God the Son and the Holy Spirit) and began calling the fir tree to the Christ child As the eternal God was born as a little baby, and forever green spruce tree comes to us to proclaim the joy of Christmas".

According to another legend, the fir tree became the Christmas tree by the German founder of Protestantism Martin Luther (1483-1546). Somehow, walking in the evening on Christmas eve the snow-covered forest, he saw the incredible beauty of a young fir, on top of which was shining brightly the evening star.

This sight so startled the priest that he brought the tree home, decorated it with burning candles, and at the top I attached a wooden star of Bethlehem image, the second vision which showed the Magi the way to the newborn Christ.

Still the debate continues, where and when was first documented installation of a Christmas tree. The most plausible is the evidence of a similar ceremony on the eve of 1510 in Riga, what today reminds installed the 500th anniversary of this event on the Market square in Old Riga, the sculpture dedicated to the world's first Christmas tree.

Less often as the first Christmas tree I believe that Luther set in my house for Christmas, but he has not indicated the precise year of this event, although it refers to the beginning of the XVI century.

After this the fir tree in Germany was an integral part of the Christmas holidays. This was facilitated by the evergreen pine needles as a kind of symbol of undying nature. Under the tree began to make gifts for children, and branches to dress up a variety of tinsel. Subsequently, the trees appeared sweets and fruit (primarily apples as a symbol of the fruit of the tree of knowledge of Good and Evil), self-made toys and garlands of beads, and also strengthened and candles were lit as symbols of angelic purity. Later they began making special decorations and such everyone had glass bowls for the first time created the lean for fruits 1848 in Germany.

The custom to put the Christmas tree, originated in Germany gradually began to take root in other European countries, but widespread it was only in the mid-nineteenth century. So, in Paris, the tree was first established in 1840 on the initiative of the daughter-in-law of king Louis-Philippe I (1773-1850) Helena of Mecklenburg-Svarinska (1814-1858). A year ago, the first Christmas tree appeared in England in 1841, when at the residence of British monarchs – Windsor castle – hosted the lavish wedding to Queen Victoria (1819-1901) and albert of Saxe-Coburg-Gotha (1819-1961). About the same time the tree was brought by German immigrants to America.

Christmas tree in Russia first appeared in the times of Peter I, who was 20 Dec 1699 after his return from Europe he published a decree according to which was suggested a day of "new year" move "like all Christian Nations" from September 1 to January 1.

In celebration of the year in New year's day was ordered to launch rockets, to light and decorate the capital of the (then – Moscow) needles: "On major streets, have narociti houses before the gate to deliver some decorations from trees and branches of pine and juniper against the samples, what is done at Gostiny Dvor".

And "people meager" proposed "to each of at least sapling or branch collars or over to your house to put... and stand the decoration of January in the first day."

And so it appeared in Russia this new year's tradition that has continued for over three centuries.

Interesting, but coniferous trees or their branches proposed to establish in the room and outside of it – on the street, the gate, the roofs. Thus, the first tree was part of the Christmas scene, not a Christmas interior than it later became.

At that time coniferous beauties, oddly enough, is sold in patisseries, the owners of which were immigrants from Switzerland. This enterprising people had the idea to sell Christmas trees, pre-decorated with lanterns, toys, and gingerbread, cakes, candies and other sweets of its own production.

However, once such trees are very expensive and that's why they buy them only for rich people. This continued until the mid-nineteenth century, when this custom became available and less wealthy segments of the population. Christmas trees were sold in the markets and in the streets. So the custom gradually came to every home.

In the first years of Soviet power a Christmas tree is not very welcomed because it reminded them of religion – "the opium of the people". Along with a Christmas tree was condemned and Santa Claus included in the holiday ritual shortly before the events of October 1917. It was not until 28 December 1935, when the newspaper "Pravda", signed by a known party and state leader Pavel Petrovich Postyshev (1887-1939), there was a small note with a proposal for the possible resumption of the almost forgotten Christmas tradition, which began with the following words:

Why do we have schools, orphanages, nurseries, children's clubs, palaces of pioneers deprive of this great fun kids working people of the Soviet country? Some, not only as "left" sahildeki decried this children's holiday as a bourgeois idea".

The idea was supported by the leadership of the state, and then green beauty and came out of hiding. However, the tree was recommended in a new way – not as a symbol of the Christmas holiday, but above all as a celebration of young builders of communism.

The Soviet matinees trees differed publicity and mass with the obligatory element of educational work. The top wood beauties were decorated not in the traditional blue, gold or white six - or heptagonal Bethlehem, and the red five-pointed star, or a glass top ("spear").

Raw materials for the manufacture of glass toys at that time in the land of the Soviets is not enough, therefore, the goal was to use any suitable means for this. So, in the second half of 1930-ies in the stores received Christmas balls, pear-shaped, made of light bulbs. The light painted from the inside, its ground part is cut and sealed, and the top struck the figure. In addition, trees were decorated with figures of trumpeters, missiles, stratostat, airships, and sickles and hammers.

During the Second world war, the Christmas decorations in the USSR began to produce stamped and painted tin. Was also popular and elegant Christmas ornaments of wire, baskets with flowers and fruits, dragonflies, snowflakes. Decorated forest beauties and the means at hand: the asterisks and caps with emblems, epaulettes and lapels, at least – the award-winning, diverse figurines, made of dressings – bandages and gauze and cotton imitating snow.

In the postwar years there have been all kinds of Christmas balls, glass and cardboard figures of animals, fruits and vegetables, the silver "rain", colorful ribbons, paper streamers, and Christmas lights.

...Despite the protests of environmentalists against mass felling of seasonal beauties, as well as the dominance of artificial Christmas trees is often done so skillfully that distinguish them from the real is very difficult, each of us tries to respect the immutable since childhood tradition for the New year to decorate, if not coniferous beauty "in full growth", then at least one branch of it.