Engineers of the future. Speech by E. Kuznetsov on the International workshop on the certification of engineers 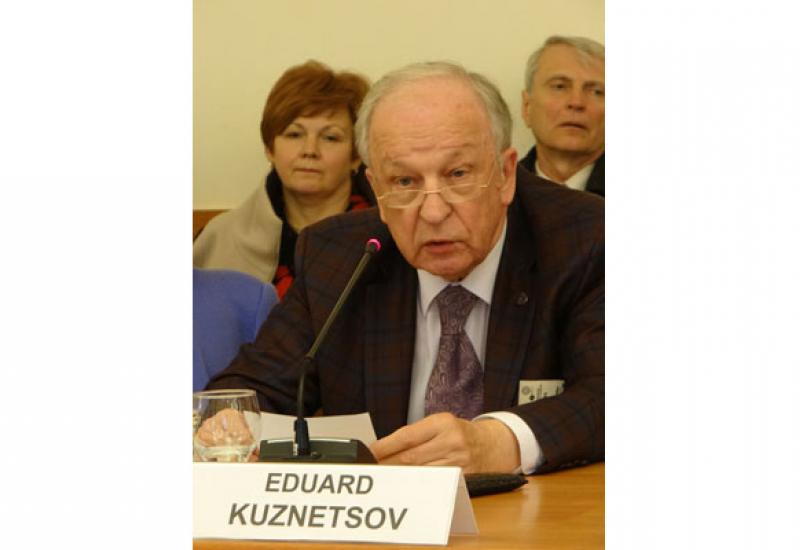 Dear participants of the seminar! Considering global processes of development of scientific-technical progress in individual countries and the associated economic condition and prospects of these countries, you can come to the conclusion that those countries, who pay great attention to promoting the engineering profession, achieve greater success compared with countries that pay little attention.

Inseparable from these processes are related to the problem of youth education, her career guidance. The engineering profession are more popular where the country is focused on the development, so there is better formed of a programme of study of natural Sciences, primarily physics, chemistry,  mathematics and the like.

You know that show business, sports and even tourism cannot be the basis of the economic success of any country. The more the state tries to enter the circle of the elite, which are characteristic of high education of the population, the development of science, industry, latest technologies.

Ukraine in the past two decades can not decide with the strategy of its development.

Depending on the activity of the people who come to power or close to it structures, the vector of development takes place in salinguerra problems, to the development of agriculture, to culture, and then to the problems of economy, Finance, trade.

In this regard, the society unstable and changing educational priorities: Humanities – history, journalism, philosophy to Economics, banking, or to show business and trade. If this were neglected question of the prestige of the engineering profession.

Criticizing material support engineers of the Soviet period, wages will 110-120 rubles, we did not notice how cramped our engineer to even more humiliating condition: if you translate a Soviet engineer salary in currency, it was equal to 250 dollars, and now it corresponds to the sum of 60-70 dollars. The difference in utility bills, social package and the other is simply astounding.

However, thanks to the work of individual universities, in particular, NTUU "KPI", Lviv field-equipment, Chernivtsi, Kharkiv, Dnipropetrovsk universities young people's interest in engineering professions is held at the proper level. So today we still have a sufficient level of training programmers, engineers, designers in various industries. And despite the dominance in the media and on television dancers, SPI-vakiv, entertainers, models, hairdressers and kwhours, in recent years among young people are becoming more and more popular professions in the Sciences.

I remember in the 60-ies were extremely popular engineers-physics. Their comprehensive training allowed them to be and lyricists, poets, musicians and actors. The reverse process was not observed.

On one of the FM radio stations advertisement appeared: "Men make the sky turn blue". Those who rotates the Earth, and are engineers.

There is much talk about UFOs, about the visits of aliens, their animosity of humans, and attempts to take over our planet. I think if this happens, then the aliens will come to us with highly developed planet in scientific, technical and technological sense. They will present highly technological civilization and will not be aggressive towards us earthlings.

While the predictions of our fiction will probably not come true. Because they are built on the history of the development of our society, even aggressive towards themselves. On the Ground throughout the existence of mankind, there have been thousands of wars, 14 billion people in them died. All this in the history of our civilization, and certain best characterizes her.

So the idea of raising the prestige of the engineering profession in General terms extremely humanistic. Service engineers are primarily creators of the new, advanced, focus on progress in society. And I really would like to see the accession of Ukraine and our engineers to the community of European engineers contributed to the pan-European progress in this area.

Give an example that highlights the importance of Ukraine's accession to the universal scientific-technical progress. This is the contribution of the Ukrainian engineers in the development of the global space industry for 23 years of Independence it 140 rockets that were created by Ukrainian scientists, engineers, designers, and 240 spacecraft placed in orbit on the order of 20 countries of the world.

Therefore, the accession of domestic engineers to the European community and receiving their certificates is in the present circumstances is topical both for Ukraine and for Europe.

Thank you for your attention.