The seminar for Polytechnics from Huawei company 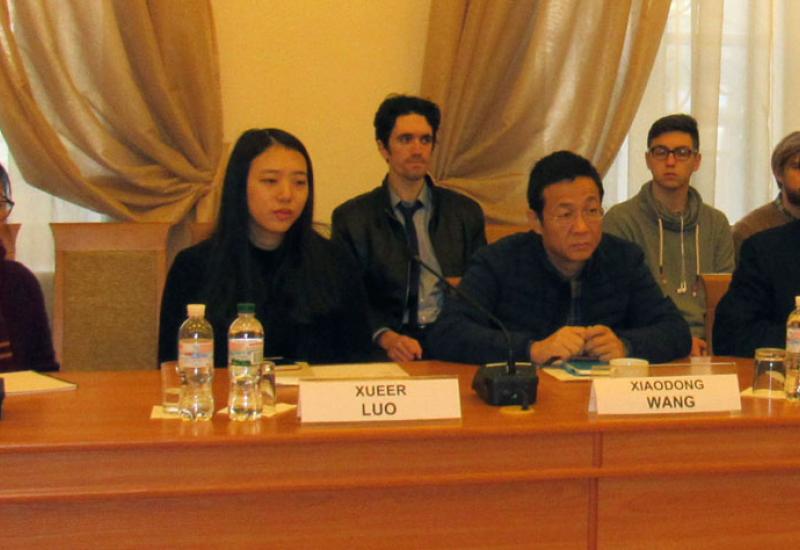 On the seminar on the issues of the inclusion of students and young scientists of KPI named after Igor Sikorskiy, to the annual program of innovative research of the world-famous company Huawei (PRC) on November 23, was attended by representatives of five institutes and departments of the University, in the field of training specialists, as well as the topics of research related to information and communication technologies (ICT).

The seminar began with the presentation of the company. It was presented by the head of the Huawei Kyiv Research Center Xiaohu Liu. He recalled that the company holds leadership positions among the world's companies working in the field of information and communication technologies and said that its products are currently being implemented in more than 170 countries, which Huawei ranked 72 in the ranking of 100 top brands in the world, which over the course of many years shows steady growth of economic indicators (if in 2012 sales revenue of its products amounted to $ 35.4 billion dollars, then in 2017 - $ 75.1 billion dollars!) and so on. . These successes are provided by a true army of employees, the total number of which has reached 180 thousand people. Among them, 80 thousand are employees of the R & D sector (Research & Development), that is, specialists who are engaged in research and development work. The R & D centers of the company operate in many countries of the West and East. And in its research and development, the company annually invests about 10% of its income. Currently, the company's specialists are actively working on research and development of 5G-technologies, development and improvement of state-of-the-art gadgets and other solutions in the field of information communications for telecommunication operators, consumers and enterprises.

Xiaohu Liu also spoke about the vision and forecasts about the development of the global ICT market by the company and its business strategy. This strategy involves the consistent introduction into the world markets of the most advanced engineering solutions from its own researchers, as well as the continuous updating of its products.

The second presentation from the head of the Huawei Kyiv Research Center was the presentation of the HIRP (Huawei Innovation Research Program), which is being implemented under the slogan "Openness. Collaboration. Innovation." This is a program that can be attended by specialists working in the field of ICT, computer science, engineering and related industries. Its main goal is to seek innovative ICT solutions and mutually beneficial cooperation with research organizations. At the moment, its research and development teams are involved in approximately 30 countries. Therefore, participation in this program can become very interesting for the relevant departments of the KPI named after Igor Sikorsky.

Information about the University's cooperation with the company was supplemented by Vitali Matarikin, Deputy Director of Communications at Huawei Ukraine. He spoke about the directions of such cooperation and reminded that in September 2016 KPI named after Igor Sikorsky and Huawei Ukraine have signed a partnership agreement. According to one of his points in 2017, the company issued 130 thousand hryvnias for scholarships to the best students of the relevant specialties. They receive 24 Kiev politechniks, which was determined by the special commission. Another area of cooperation is the involvement of students in the program-competition of the company called "Seeds of the Future". This year, among its 10 winners from different Ukrainian universities, there were two representatives of the KPI named after Igor Sikorsky Extremely promising for Kyiv Polytechnicians can also participate in the curriculum of the Academy of Network and Information Technology Huawei, which aims at bringing education closer to practice. The Academy is already working at Taras Shevchenko National University, and now, in his words, the company is considering the opportunity to open the same in the KPI.

"We are sincerely grateful to Huawei for the work that it is already doing in our cooperation," said Yuriy Yakymenko, the first vice-rector of the KPI named after Igor Sikorsky, academic of the National Academy of Sciences of Ukraine, and hope that after this meeting our relations will get a new impetus for their further development. " He also outlined other opportunities for cooperation, in particular under the programme of the “Horizont 2020” program, the introduction of new courses on certain aspects of ICT development in the educational process, the involvement of specialists of the company in conducting joint research and presenting their results in relevant scientific journals, etc.

Finally, the company responded to a series of questions from students and young researchers.