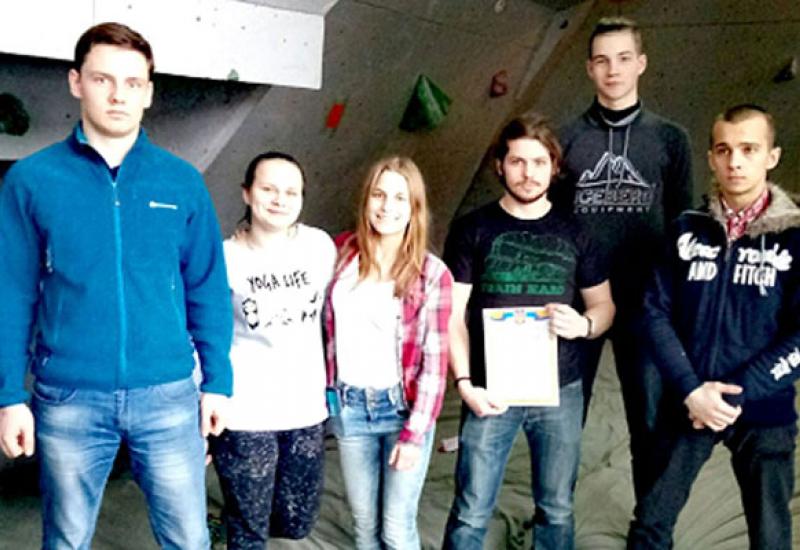 It took almost a year, we сongratulateour team climbing on winning the championship among universities in Ukraine (then the team became the winner of all kinds of climbing). This year our students made a lot.

Almost completed construction of rock climbing walls "KPIskala." It’s unpossible to open gym for everyone, because the track prepared for athletes and there’s hard atmosphere, but we hope that soon all visitors will be able to discover this kind of sport in climbing center in KPI. Also, a sports orientation student club - "KPIskala is created. Weapons are renewed. A young team of Igor Sikorsky KPI university took a good reputation, taking 2nd place in the students climbing championship in Ukraine (bouldering).

And in the world community this very young sport is becoming more popular. In 2016 the sport climbing was officially recognized as Olympic sport and was turned into the Summer Olympics program 2020 by the IOC. In Ukraine, climbing sport became to take a part in the Universiade. The first Ukrainian championship among students was created on the Universiade program (speed, complexity) during 16th-19th March.

Our team has showed itself: taking 2nd place on 18th-19th February in Kruvuj Rig in the rock-climbing (bouldering)  championship among students in Ukraine, stepped to repeat last year's triumph.

The bouldering result will also be considered in the all-round, so we try to become a winner.

a) speed - the passage of the proposed judges distances in minimum time;

b) complexity - the judge fixed a maximum lift height at a distance;

Each type of rock climbing has traditional patterns of techniques performance and tactical decision-making, it is distinguished by its psychological and physiological characteristics. Not only different techniques, but also the conditions of competition and nature trails.

Few people know that the first artificial climbing stand in Ukraine was built in 60 years in KPI. Now we want to make a big hall "KPIskala" for the promotion and development of this relatively young but very interesting and beautiful sport that, more than ever require innovative implementations not only in the technical field, but also in methods of training athletes.

This sport requires maximum development of all major athlete qualities - speed, agility, strength, endurance and flexibility. Also qualities of directly climbers: the ability to navigate the route, memorize itineraries and character clues, the ability to pass its most rational way, without wasting effort. Only depending on the particular specialization of the qualities one athlete can have a dominant character.

Climbing skills and knowledge that students receiveon the traning, it will be useful in future life and career. For example, the climbers involved in the construction of hydropower plants in geological expeditions in the mountains. Many climbers and mountaineers working in the ministry. They first go to the place of disasters - earthquakes, accidents, particularly in mountainous areas. Industrial climbing entered into the profession classification in Ukraine. All altitude works not do without climbers and mountaineers.

We wish our team new victories and achievements. And soon invite everyone to attend.